Located just outside Paris, the Sèvres Museum is a treasure trove of ceramic arts from across the world. Its current special exhibition celebrates the art of the French gastronomic meal. 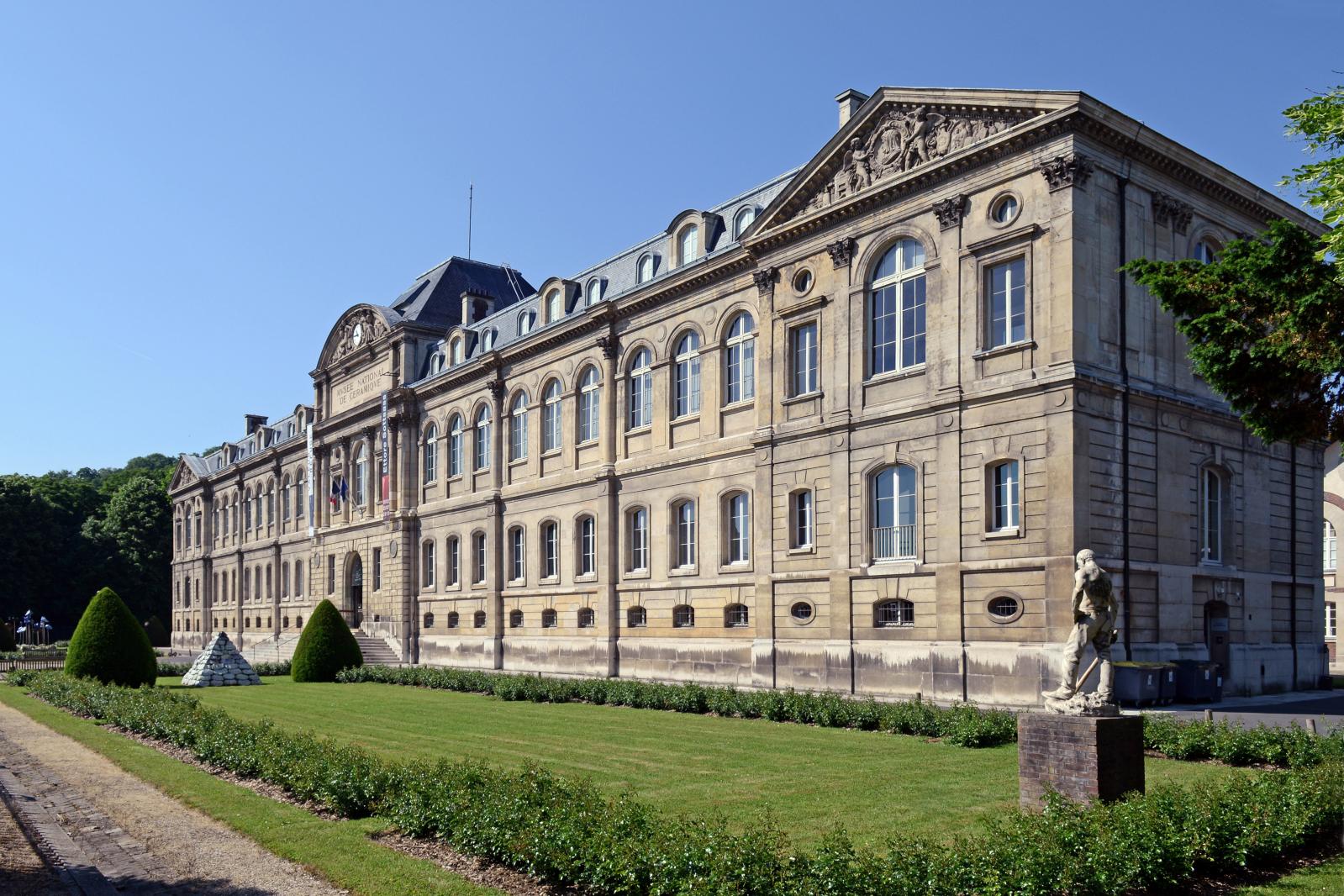 Housing nearly 50,000 objects from antiquity to the present day and from all corners of the world, the National Ceramics Museum is located within the sprawling campus of the Sèvres Manufactory, designed by architect Alexandre Laudin in 1876. Framed by the Seine on one side and the park of the Domaine National de Saint-Cloud on the other, the museum’s picturesque site offers a sense of escape and discovery, while being easily accessible from Paris. The permanent collection presents ceramics from all cultures and prominently features the products of the Manufacture from across its illustrious history to the present day. The current special exhibition focuses on the arts of the table, simultaneously celebrating the 10th anniversary of the inscription of the French gastronomic meal into the UNESCO intangible heritage list in 2010 and the 280th anniversary of the Manufactory, founded in 1740.

The Beginnings of the Collection
The Sèvres Museum’s origins date back to 1824, when Alexandre Brongniart, the director of the Manufacture from 1800 until his death in 1847, established what was then called The Ceramics and Glassmaking Museum (Le Musée Céramique et Vitrique). The original collection had a pronounced educational mission and was intended to present a range of ceramic creation as a means of encouraging the transmission of technical knowledge and as a source of inspiration for the Manufacture’s artisans and artists. Brongniart defined the scope of the museum as a collection of “all objects produced by firing,” such as ceramics, glass, mosaic, enamel, and even brick. The collection also included samples of clay, soil, and various minerals from across France and numerous other countries.

Brongniart started amassing materials for the future collection soon after becoming the Manufacture’s director. He supported the launch of a broad national examination of the ceramics industry in France and French territories known as the Enquêtes des Préfets (Investigations by the Prefects, 1805-10). The investigation produced a vast body of information about the skills and techniques used by different manufactures and individual artisans, and the collected samples of pottery and raw materials were deposited at Sèvres. Informed by an encyclopedic museum model, Brongniart also started to acquire extra-European works, notably Chinese, from 1808 onwards. He employed a network of collector-travelers to enrich the museum’s holdings with objects and samples from areas that were the target of European colonial ambitions. Equipped with 200 francs for related expenses, his agents brought back a variety of artifacts from such diverse destinations as Madagascar, the Philippines, Central and South America, North Africa, and the Middle East. Similarly, the museum benefited from numerous excavations and scientific missions undertaken under the Restoration and July Monarchy in Italy and Greece. With limited funding available for direct purchases, Brongniart still managed to acquire an impressive range of objects from important collections of the day. For example, in 1836, the museum bought 70 pieces from the Edmé-Antoine Durand’s collection to expand its ancient ceramics holdings. Brongniart also relied on bartering, exchanging the Manufacture’s products for objects from other institutions and collectors to amass examples produced by competing manufactories both in France and abroad.

From A Taxonomic Collection to a Museum of Decorative Arts
Heterogeneous, yet carefully annotated with each object’s place of origin and distinguishing characteristics, the collection assembled during Brongniart’s tenure reflects a taxonomic approach to the ceramic arts. Inspired by the work of Carolus Linnaeus (1707-1778) in the field of botany, Brongniart brought the same rigor to his collecting as he did to his scholarly work, which included his seminal Traité des arts céramiques (Treatise on Ceramic Art, 1844) and Description méthodique du Musée Céramique (1845), a catalog of the Sèvres collection written in collaboration with Denis-Désiré Riocreux. In the decades following Brongniart’s death, the museum was transformed along the model of a museum of decorative arts. Jules François Felix Fleury-Husson, better known by his penname Champfleury, served as the museum’s chief of collections from 1872 to 1889 and was instrumental in reorganizing the holdings according to more historic and aesthetic criteria.

Today, the Sèvres Museum offers its visitors an overview of ceramic arts from antiquity to the present day. Its vast holdings of 18th-, 19th-, and 20th-century masterpieces reflect not only the evolution of aesthetic tastes in Europe and the world, but also showcase the increasingly diverse and varied uses of ceramics in commercial and artistic production. The gallery parcours is punctuated by numerous contemporary productions, including objects created by renown master-ceramists from around the world, as well as the many collaborations between the Manufacture’s artisans and contemporary artists. Committed to the actuality of the ceramic arts as much as to their history, the museum maintains its mission to acquire, preserve, and present to the public the rich variety and vibrancy of current French and international ceramic creation.

« À table ! Le repas, tout un art »
The current special exhibition at the Sèvres Museum focuses on the history of the French gastronomic meal from antiquity to the present day, presenting the multiplicity and historic evolution of its constituent elements. À table ! encompasses such topics as meal preparation and presentation, the concept and practices of refined consumption, as well as the art of an engaging dinner conversation. The exhibition showcases almost 1,000 objects from the Sèvres collections as well as from the Adrien Dubouché National Museum in Limoges, and renowned French manufacturers such as Christofle and Saint-Louis. From Gallic and Roman banquets and the appearance of the “French service” (service « à la française ») in the Middle Ages, to the increased popularity of the “Russian service” in the 19th century and the growth of the French haute cuisine’s international prominence, as well as the “New Cuisine” movement of the 1960s and 1970s—the exhibition highlights the complex history and inventive beauty of the arts of eating and eating as art in France.