This exhibition of around 100 works sheds light on the bonds that this Fauve painter, born in Marseille, forged with the French capital and the artists of the butte of Montmartre. 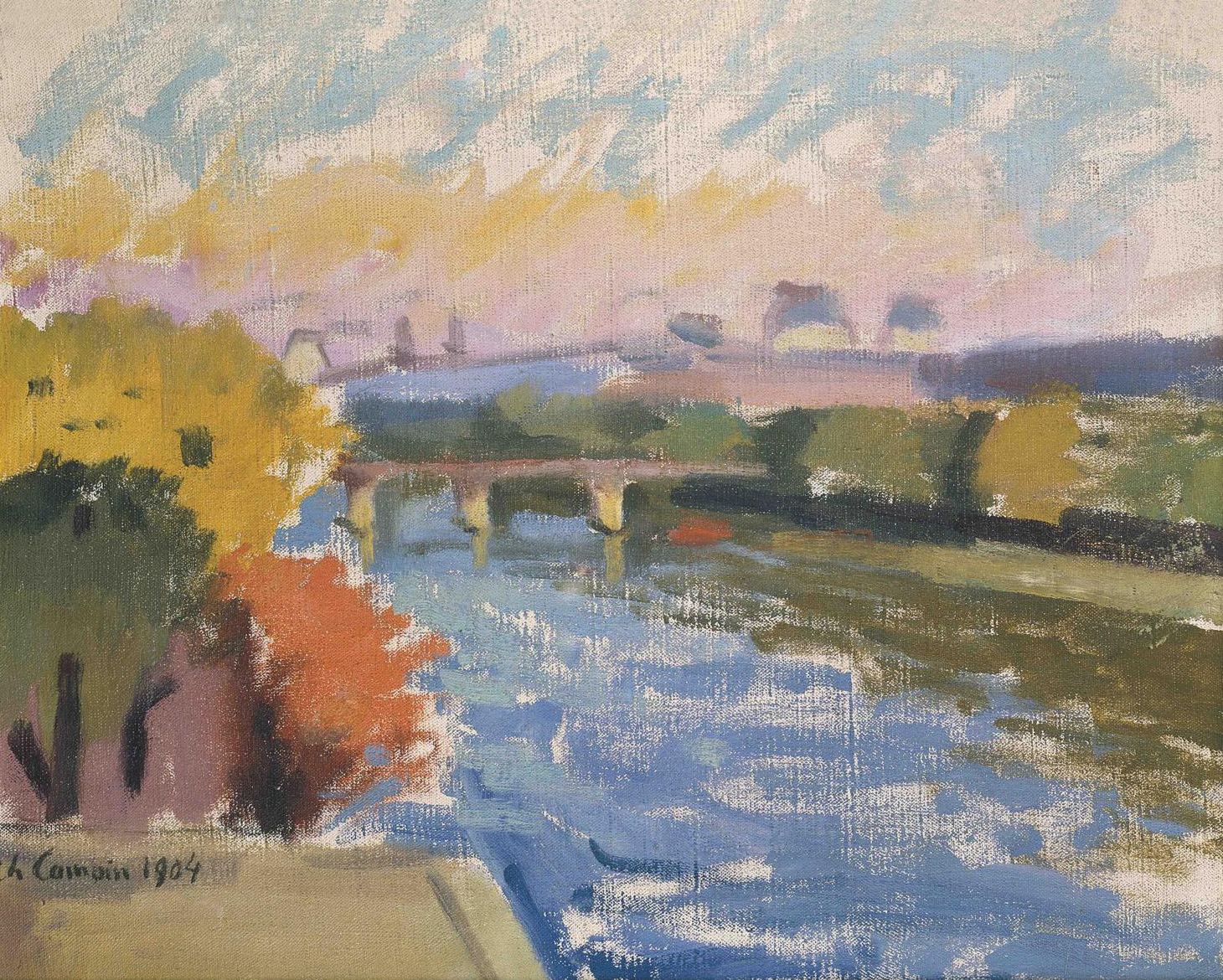 Like Louis Valtat, Henri Manguin and Jean Puy, Charles Camoin (1879-1965) is one of those Fauve artists who was not renowned like Henri Matisse, but whose works are worth reconsidering. Those who know his paintings associate him primarily with the South of France and with landscapes of Mediterranean shores. Camoin was indeed born in Marseille and continued to take regular trips to the South, but he lived in Paris for almost his entire life. He moved there in around 1897 to study at the École des beaux-arts (School of Fine Arts) in Gustave Moreau’s atelier. He lived on the Place Dauphine to begin with, then in the neighborhood of Montmartre from 1907. Organized into five sections, the exhibition brings together around 100 paintings, drawings, watercolors and pastels which shed light on the bonds that the painter forged with the capital and the artists of the butte of Montmartre. This collection of works is full of discoveries (thanks to a number of loans from private collections) while also revealing the inconsistent quality of Charles Camoin’s output. The first floor of the exhibition is a real delight. La Péniche sur la Seine (The Barge on the Seine)—in a style very similar to that of Albert Marquet—, Le Pont des Arts vu du Pont-Neuf (The Pont des Arts as Seen from the Pont Neuf), La Belle Endormie (Dormant Beauty) or La Femme à la voilette (Woman Wearing a Hat with a Veil) can be counted among his best works. They were all painted between 1900 and 1904. A little further along in the exhibition his talents as a colorist light up several Corsican landscapes, such as in Deux pins dans les calanques de Piana (Two Pine Trees in the Calanques of Piana) (1908), which is dominated by the intense blue of the sea. Despite some beautiful works on canvas created throughout the 1920s, including the very Matisse-like Lola sur la terrasse (Lola on the Terrace), things go downhill on the second floor, with a series of ‘Large Bathers’ inspired by Cézanne, which Camoin painted in his twilight years when he was more than 80 years old.