Curating the groundbreaking “[email protected]” in 2009-11, featuring works by women artists from the Centre Pompidou collection, Camille Morineau, the President of AWARE (Archives of Women Artists, Research and Exhibitions), continues to tirelessly advocate for women artists and enlighten their forgotten histories. 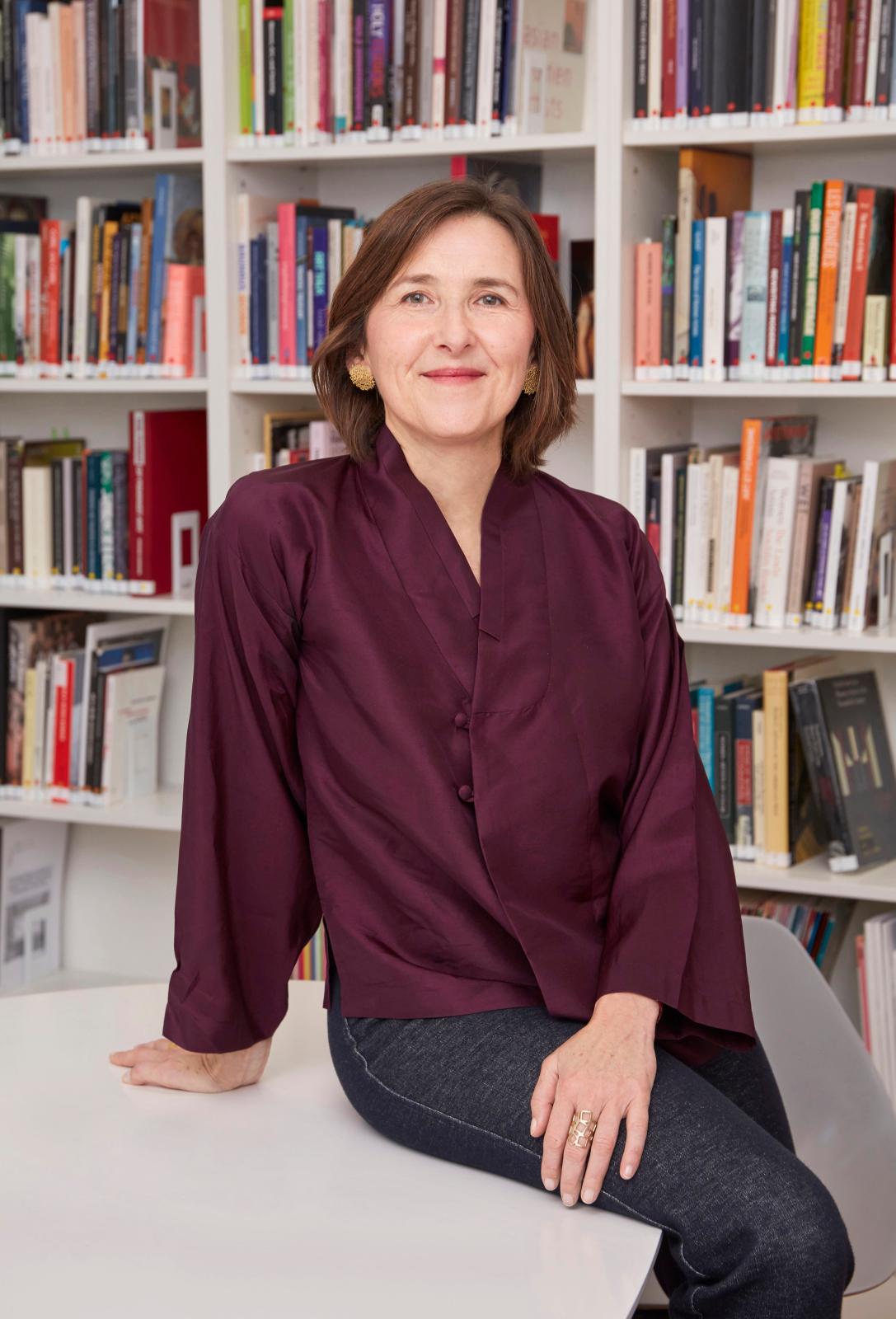 “[email protected]” sparked your mission for women artists, could you tell me about the experience of curating the exhibition?
It was not really an exhibition: it was a permanent collection display with only women artists. The principle was simple: we displayed only women artists from the permanent collection but it was a massive project because the 4th and 5th floors make up a big space in Centre Pompidou (80,729 square feet). We had to literally push out of the museum the grandmasters such as Picasso, Matisse etc. to put women artists in their place. And all of that in a relatively short time, with little published information available on women artists. We worked quickly with what we had in storage, organized the works and biographies, and that's how I realized how little information existed on women artists from the past in general. We had these works in the collection, but we didn't know anything about them, or very little.

I was “directing” a team of five curators, mostly all of them now directors of institutions and still friends of mine: I’m thinking of Emma Lavigne (Palais de Tokyo), Cécile Debray (L’Orangerie), Quentin Bajac (Jeu de Paume) and Valérie Guillaume (Musée Carnavalet). We met weekly, with five research assistants, working with prints of the works spread on the table, thinking how to organize this material. My intuition was that there would be enough female artists and really strong works to make it interesting, but what I found was even more interesting than I had suspected: hundreds of amazing women artists. It was the first time a museum took the risk of showing only women artists from its permanent collection, instead of men. Writing the history of 20th-century art only with women artists appeared to be a challenge when announced but finally, it was very successful and most visitors forgot that they were even looking at women’s work after a while. It was well received and really became a mission for me.

How did your curatorial work and career change after this exhibition?
It was really hard to continue working as an art historian having discovered so many interesting artists and works, which were not in the books nor had any retrospectives. So it took me a few years to reap the consequences. I continued doing retrospectives of ‘white male artists’, as we call them today, Gerhard Richter and Roy Liechtenstein, and I really enjoyed that! But I could not let go of what I had seen and learned. I tried to push to create a research center within Centre Pompidou for women artists, but the museum and the director said, you know we're really proud of you, it took two years of your time, we proved a point and took a big risk, but we have to move on - they were right and I am still grateful for the chance they gave me. But for me, personally and professionally – and both became linked - it was not enough, and so, after a few years of reflection, I decided to leave the museum. (ed: note Morineau was the curator of the contemporary collections at the Centre Pompidou for 10 years)

What lay behind the foundations of AWARE?
I became a freelance curator and created a non-profit called AWARE, but to be frank it was almost a crazy decision because I had recently lost my husband, so I was raising my two kids on my own and I knew that freelance curators had a difficult life. I left a regular salary and a state job for the unknown; somehow it seemed right. I had one big retrospective to work on, Niki de Saint Phalle, and it was a pleasure to be “supported” by such a wonderful feminist artist during this difficult time. I had a very clear idea about what I wanted to create, and I had created a specific website for “[email protected]”, so I had some experience. In a nutshell: an illustrated and bilingual encyclopaedia, as it is today. I had zero money and I co-founded it with friends, who are all still very much working for the non-profit. A few lawyers helped me create the structure, and Nathalie Rigal, who co-founded it, is still my right hand on every decision. There was one musician, and one specialist in literature and cinema, because at first, I wanted to write the history of women in every field of art, not only beaux-arts. Then I restricted myself to “my field”, whatever money I could find, and decided to do focus on 20th-century artists. After elles I knew that very few people had this much knowledge about women artists. It became something both natural and crazy to do, as many things in my life – I am used to working with living artists - but often and still today it's heavy because I'm still running it, both raising the money and managing it.

How are you looking to work more internationally and contribute towards a more global art history of women artists?
It’s the main objective but everything I do relies on the support I can get, so I move, depending on institutional and private sponsors, in the directions they are interested in. I just try to keep the balance and incite them to work on a continent, technique or movement that I know need more research. I have very little public funds so I'm moving organically depending on the support I can find. I am lucky to have Chanel as a historic funding sponsor, which provides a base to expand. We worked in Africa because we got help from the French Government, for example. I should be working in India, but I would have to find a private foundation to help me to do it. I should definitely work more in Asia, because the geographical balance is not right.

Could you talk about your interactions with the art market, I know you did the walkthrough at Armory and there are some other possible collaborations in the works?
The walkthrough in fairs happened twice: Art Paris two years ago and Armory last March. I have two reasons for doing these: one is that galleries and the market in general are important partners in research about women artists, if only because some galleries have found out that they are bankable. If you can regroup enough work by an interesting artist, you can make a statement, even make the first retrospective show in a gallery instead of in the museum, and then the value of the artist grows very quickly. Secondly, fairs are a moment where everybody meets, museum and gallery people, but also a very broad public, who don't know much about art, visit fairs like they visit museums. We tried to offer some kind of walkthrough for the fair visitors, and offered a prize in the Armory. So that people can maybe buy a work or just discover a woman artist’s work, use the fair as a learning tool. It is an important moment, when the market looks at this half of creation and decides to make a move. This is as historical as an institution’s move.

So many of us grew up learning art history from Ernst Gombrich and there’s not one women artist in the book.
Absolutely zero, I can confirm, so it was just such a big discovery working on elles, which I had suspected before because I studied in the States (Williams College, Mass.) and had been following gender studies.

Looking towards the future, what do you hope to achieve personally and with AWARE?
I would like to be more international, to represent better Asia and all the continents and countries where information is scarce. I see all these books being published using the material I'm producing, and I wish I had the time to write my own book. I’m working on a show, opening next March, on women artists in the ‘20s in Paris. One of them, Marie Vassilieff, had a studio in Montparnasse, and that is where AWARE will be located next autumn: a big step for us. We will have more space for books, symposia and to receive classes and teachers!