The restoration of Gustave Caillebotte’s (1848-1894) estate in Yerres (Essonne) was recently celebrated with the public opening of the Impressionist painter’s family residence. 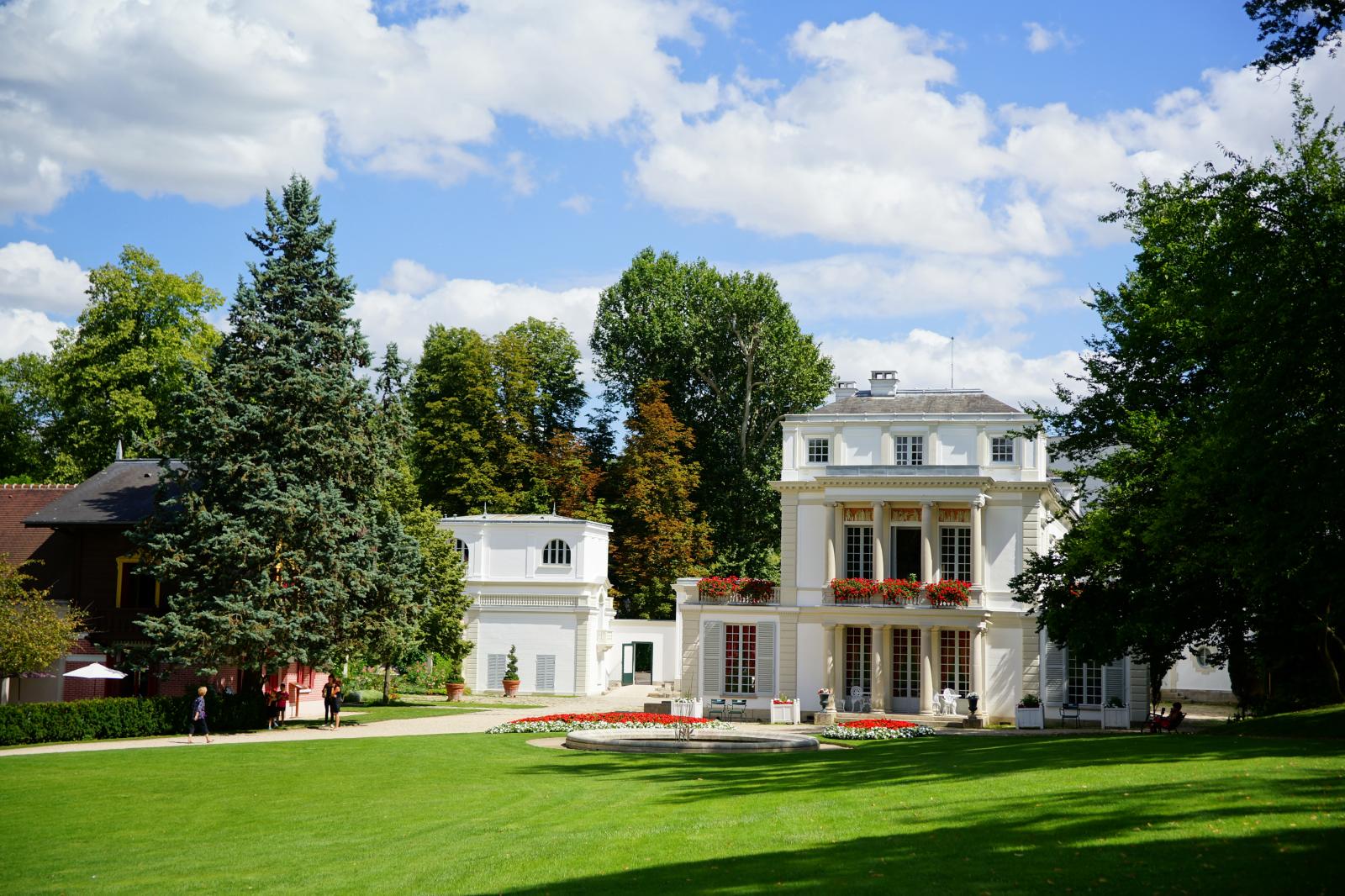 Gustave was only twelve when his parents bought the huge property as a holiday home close to Paris. The works he produced there between 1874 and 1879 illustrate the hedonistic atmosphere of Sundays in the countryside. He painted the terrace, the exedra decorated with busts of ancient philosophers, the kitchen garden where he exercised his talents as a horticulturalist, and above all the calm waters with rowboats gliding along in the shade of the trees. Here, during the summer months, Caillebotte produced nearly ninety paintings, twenty of which feature the river running alongside the estate. In the 16th century, a manor house used to stand there, which was then occupied until the Revolution. In 1824, the land was bought by the chef Pierre-Frédéric Borrel, who owned the restaurant Au Rocher de Cancale in Paris. After transforming the former fief into a holiday house, he sold the property in 1843. It was subsequently occupied by the Caillebotte family from 1860 to 1879. When their parents died, the three sons Gustave, Martial and Alfred sold the property in turn.

In the spirit of the 19th century
For the past twenty years or so, the property has been redeveloped through an ambitious campaign begun in 1995 by a new town council well aware of the site's heritage value. The last part of the programme concerned the “casin” (a word derived from the Italian “casino”, or country dwelling): the Caillebotte family residence facing the park, with its arresting white neo-Palladian façade incorporating a colonnade and bas-reliefs. Now open to the public, the elegant villa has changed enormously over the years. None of the interior wall decorations or original furniture had remained. More than a restoration, this was a veritable reconstruction, in the spirit of the 19th century. “We wanted to get as close as possible to its original state, as the Caillebotte family would have known it,” says Nicolas Sainte Fare Garnot (honorary curator of the Musée Jacquemart-André), who collaborated with heritage architect Claude Vermeulin. The interiors have regained their original layout, with five rooms on the ground floor sumptuously refurnished thanks to the endowment fund of “Les Amis de la Propriété Caillebotte” and a partnership with the Mobilier National. The reconstruction overseen by Nicolas Sainte Fare Garnot and interior designer Olivier Vecchierini is flawless, as they called on top workshops and artisans including Tassinari & Chatel, Prelle and Pierre Frey. It's so perfect, in fact, that visitors feel as though they are entering a decorative arts museum: undoubtedly magnificent, but a little stiff.

Master suite
Beyond the vestibule, the tour of the reception rooms starts with the dining room. Originally, eight panels painted by Jean-Baptiste Camille Corot – now lost, alas – adorned the walls. The decision was made to replace them with garden-themed wallpaper made by Zuber & Cie, giving the room, with its trompe-l’oeil sky ceiling, the feel of a pergola. The furniture, the Creil-Montereau faience tableware and the objets d’art provide a speaking idea of French Restoration taste. Next to it, the Ladies’ drawing room, dominated by yellow and green, leads to the billiard room, which opens onto the park. This room was added during Pierre-Frédéric Borrel’s time, when he decided to enlarge the house. “Here we didn’t want to rely on photographs or archives, but to recreate it the way Caillebotte painted it in 1875, in “Le Billard“, says Nicolas Sainte Fare Garnot. No reconstruction on the first floor, but a master bedroom, which now has its original furniture again. When Borrel sold the property in 1844, the widow of the cabinetmaker Martin Guillaume Biennais refurbished the room with furniture from her husband’s workshops, which the Caillebottes decided to keep. The set, thought to be in the US, reappeared last year at the sale of the contents of Robert de Balkany’s private mansion (Sotheby’s, 20 September 2016). “Normally, in France, only national museums have the right to pre-empt,” says Nicolas Sainte Fare Garnot, “but an exception was made for the town of Yerres, which managed to acquire this precious furniture thanks to the endowment fund.”  The set includes an especially spectacular Empire style bed, topped with a gilt bronze eagle. The visit ends under the rafters, where Gustave Caillebotte had his studio. Devoid of any decoration, the little room is currently exhibiting ten or so paintings done in Yerres (until the end of September). During the time he spent there, the artist moved away from urban views of Haussmann's Paris to concentrate on highly Impressionistic landscapes painted in a clear, luminous style.