C as in cameo

The cameo came down through the ages to become a star in the 19th century. Princes, kings and emperors prized the small luxury objects made of fine stone or shell, which decorated garments and precious furniture. 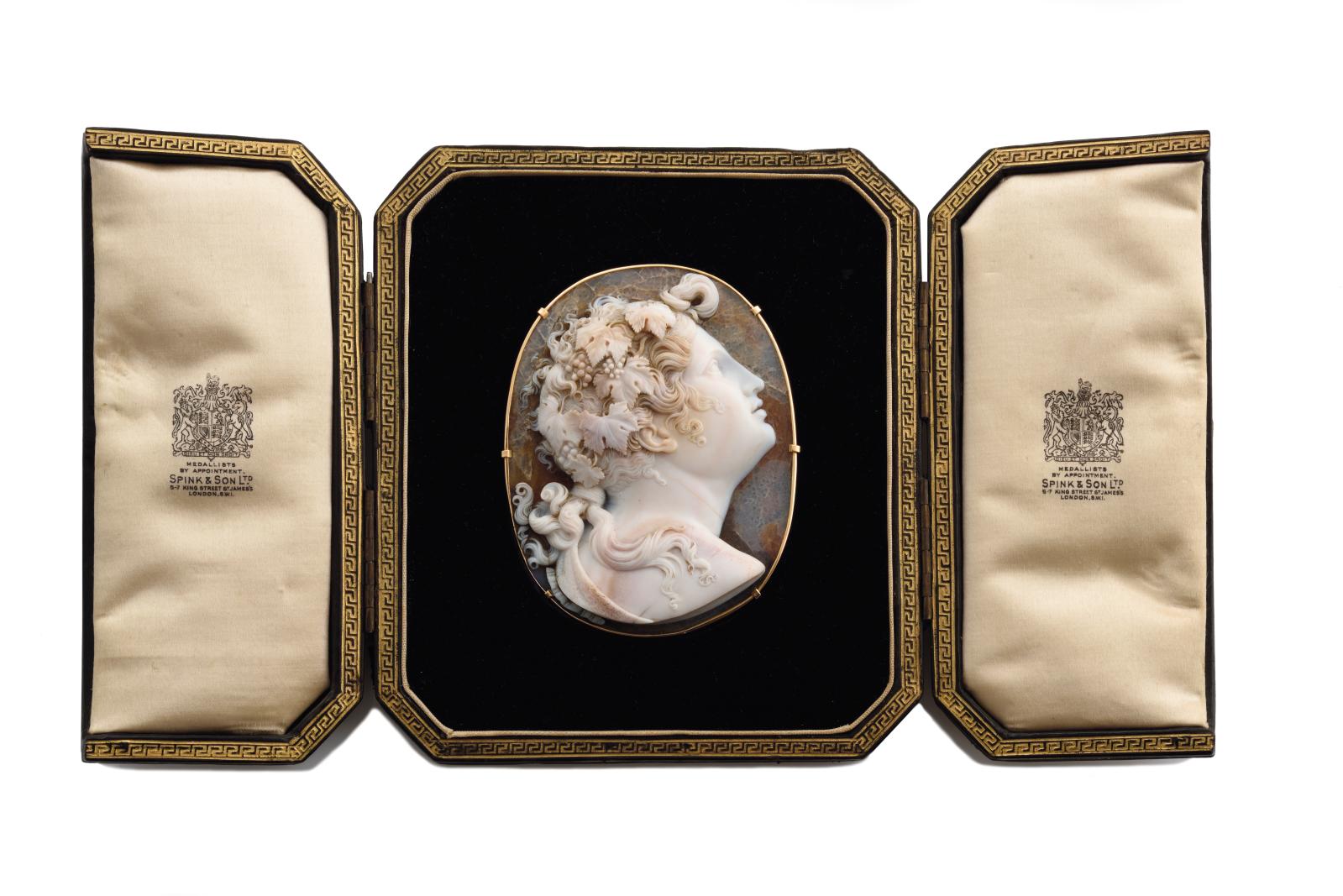 Carved out of fine stones, cameos have been considered luxury items since antiquity. The skill in making them consists in playing with the stones’ various coloured layers to reveal lively, nuanced raised patterns and portraits. Medieval craftsmen reused them in religious art, attaching superstition-tinged virtues to the materials. Those beliefs were obsolete by the time of the Renaissance, when enlightened connoisseurs admired them for their preciousness and associations with antiquity. Trendsetting princes and kings ordered cameos bearing their likenesses and, following their example, everybody wanted to own these elegant jewels, which were sometimes inlaid in precious furniture. Francis I of France lured a Veronese craftsman to the Gourdayne boat mill on the Seine, creating France’s first hard stone cutting workshop, but it could never compete with the Venetian, Florentine and Roman manufactories that poured cameos into Europe until the late 19th century.

Delicate reds and pinks
The difficulty of this art—and its high price—soon prompted a search for new, cheaper materials. As early as the 15th century, and even more so in the 17th, craftsmen began to make cameos from shells whose coloured layers emerged with much less effort than that required for stones, much to their and their customers’ delight. The most highly prized shell is queen helmet, whose layers recall carnelian and display a wide palette of colours, from the whitish outer layer to delicate pinks, reds and orange-brown. Torre del Greco, a town near Naples, specialised in this craft as early as the 17th century and dominated the market until the late 19th, which marked the height of cameos and the return to antiquity. Most of these small luxury items were made in Italy. Emperor Napoleon I loved the precious jewels so much that he had them set into his coronation crown. In 1805, the Journal des Dames wrote that "a stylish woman wears cameos on her belt, necklace, bracelets and tiara", following the example of Pauline Borghese, who even put them in her hair. During the Second Empire, so-called "dressed" cameos featured busts of women adorned with gold or precious stones. Cameos made of hard stones, shells and even Vesuvius lava stone are considered genuine, unlike those made of bisque (in the manner of Wedgwood), marble, bone, amber or glass. Sardonyx has always been preferred because its three or four distinct layers—brown, white, black and grey—allow cutters to create wonderful nuances. They begin by drawing the motif’s outline with a diamond point and then remove it with a point or a saw coated with emery or diamond powder or Levant sandstone before polishing the stone. Such work is not required with shell because it is softer, but the cameo’s quality suffers over time: it is not uncommon for the motif’s lines to be dulled by rubbing against clothing.

B as in Boulle

In the time of Lepaute

A perfect technical and aesthetic achievement
News feed
See all news
Original Flash Gordon comic strip to be auctioned in LA
A masterpiece by Sanyu to be auctioned at Drouot
Donation rebuke for the Los Angeles County Museum of Art
Da Vinci exhibition breaks Louvre record with 1.1 million visitors
Not to be missed
Glossary
B as in Boulle
Boulle marquetry combines lavish elegance with the most refined…