The United Kingdom and the European Union managed to find common ground just in time—more than four years after a referendum whose consequences were exceedingly ill-prepared. What are the implications for the British art world? 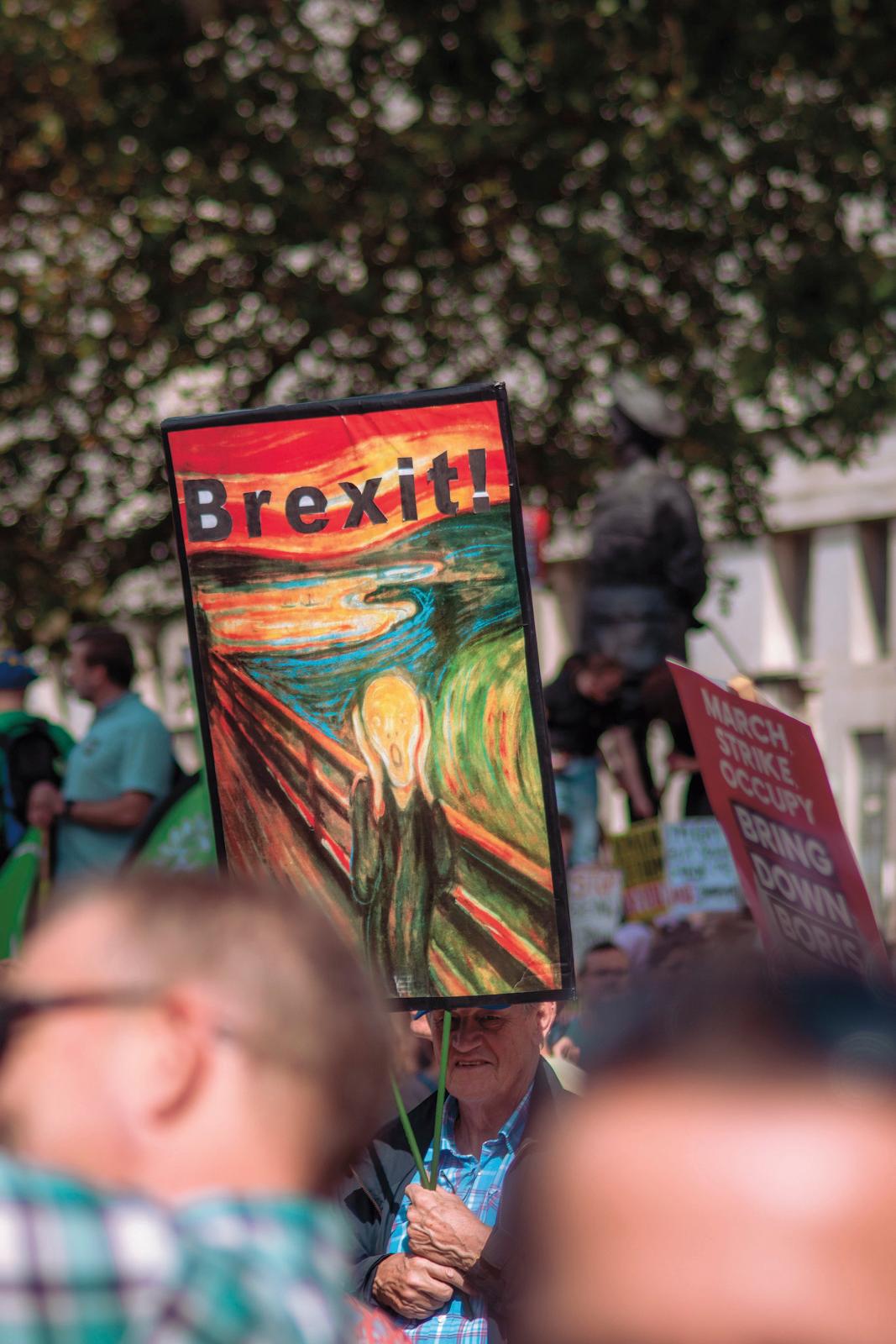 The deal of January 31, 2020 was primarily aimed at keeping the deadline Boris Johnson set for the UK to leave the European Union while postponing negotiations on the famous free-trade treaty. Today the reality of Brexit is hitting home. “I think the government really didn’t know what they signed,” says Pierre Valentin, a partner at Constantine Canon in London. “The idea was to avoid a hard border with customs barriers between Northern Ireland and the Irish Republic, which would have reignited tensions. But in ratifying it, the government de facto moved the barrier between Northern Ireland and Great Britain.” As the UK leaves the customs union, Northern Ireland is still a member and can carry on freely trading with the European Union. So the government hurriedly drafted a bill to counter those effects, to which the EU immediately objected. “Today it looks like the bill is buried for good,” says the lawyer.

Origin and Bureaucracy
The long-awaited free-tree deal was finally signed late on Christmas Eve. It allows goods to be imported and exported without having to pay customs duties, under one condition: exporters and importers must be able to prove that an item’s origin is mainly European or British. That is hard to define in the case of artworks, although the treaty explicitly mentions them as well as cultural goods. If the origin is impossible to prove, customs duties must be paid. Even then, the issue is complex: they are nil for art, but not for objects such as ceramics, Murano glass and 20th-century furniture, for example. A real headache lies ahead.

“One of the Brexiters’ key arguments was that it would do away with European red tape,” says Mr. Valentin. “Now there’s more of it than ever. Items must be declared every time they cross the border. Exporters and importers must obtain an EORI number, a CHIEF badge and export licenses, fill out ATA carnets, install software for declarations, etc. This means more costs, more time and more delays—everything businesses hate. For many, the solution will probably be to use freight forwarders, with all the expense entailed.”

Work is Health
Putting Europeans to work will also be much more complicated. Everyone knows that London is a magnet for young European graduates. To hire them, British companies must now obtain “sponsor” status (for a fee), request a visa, prove that the future employee possesses the requisite qualifications and level of English, and guarantee a salary of at least £25,000 a year—all that even though degrees are longer automatically recognized.
The scope of contracts should not change—they are now managed at the national level—but conflict resolution issues will inevitably come up. Which law will be applicable? What equivalent is there to the Rome Convention? How can debts be collected? How will compulsory enforcements be ensured? All these uncertainties associated with the first disputes that arise will probably pour cold water on EU countries’ desire to trade. “I’ve never understood the media’s relentless attacks on the European Union Court of Justice,” says the expert. “British judges sat on it. They influenced European law. Moreover, I’m convinced that the convergence of legal systems makes the law better. I’d even go so far as to say that British law has clearly made progress since the UK joined the EU and would have made much less progress without the EUCoJ.”

Money and Currency
Leaving the customs union and the European VAT system has stripped London of its status as the art market’s point of entry for Europe. But that is not the only problem: the weak pound has led international auction houses to move their sales, mainly to New York. “Sales volumes have clearly fallen in the past five or six years,” says the founder of the Association of Professional Consultants for the International Art Market. “And now, as long as you're outside the European Union you might as well be in New York. Paris will certainly play a bigger role in Europe than other places, except perhaps Switzerland in specific niches such as watches or jewelry. London may become a primarily domestic market within the next decade. Galleries will also have to adapt. They’ll have higher costs and become more selective about which events to participate in. Even if international auction houses can keep operating in the United Kingdom, some will be tempted to set up offices on the continent, depending on how much business they do there.”

To remain competitive, some would like the government to lower the VAT on artworks, but PM Johnson’s teams seem to be against the proposal. Not only do they know little about the business, but they are dealing with a devastating pandemic that is draining the country’s budget. Now is not really the time to do any favors for a business with minimal social and economic impact. Other forms of dumping (of protected species or looted cultural heritage) also seem unlikely in the short term. That would fly in the face of laws the United Kingdom has aggressively passed in recent years.

“Personally, I’m sorry about London’s loss of status,” says Mr. Valentin. “It’s been Europe’s most famous, most envied, most vibrant city since the 1990s. The Conservative Party put a lot of emphasis on sovereignty issues, but to me that’s an illusion in today’s world. The UK will have to adapt its laws to the EU’s. We’re also losing access to the Schengen databases (viewed 500 million times a year). We’re losing our seat at Europol. We’re losing the automatic recognition of degrees, which will make our universities less competitive. But despite everything, a bad deal is better than none at all. That would have been a catastrophic blow. But almost as important is what’s not in the agreement: finance, services, the settlement of contractual disputes, etc.” In the final analysis, Brexit is just beginning.