The Musée d’Orsay is hosting a groundbreaking exhibition that stretches its temporal boundaries to explore the role of black figures in the birth of modernity. 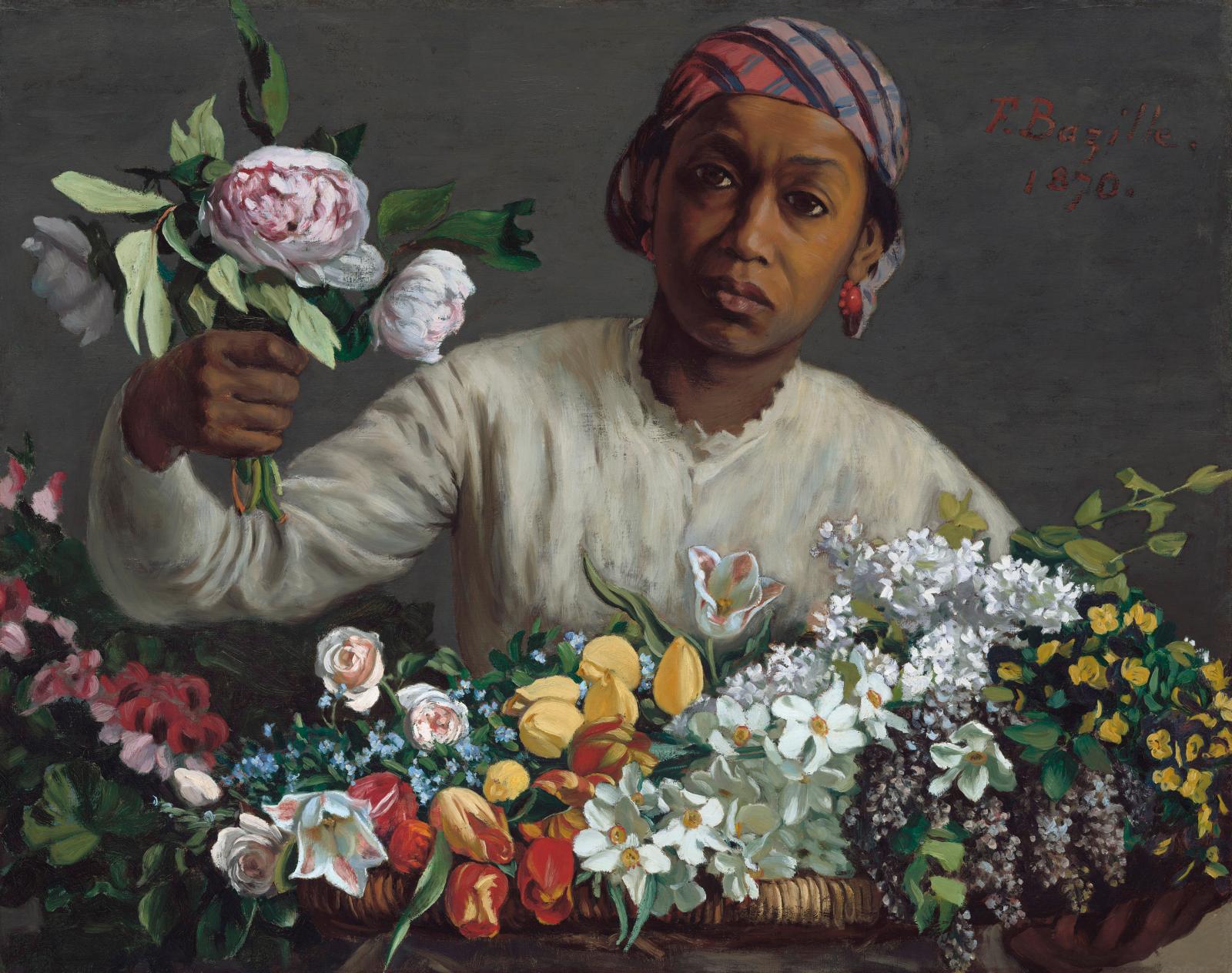 They were called Aspasie, Laure, Madeleine and Joseph. The Musée d’Orsay in Paris wanted to put names on these 19th-century painters’ models’ faces and restore their identities. After much research, their first names were found. For some – Aïcha Goblet, Maria Martinez and Carmen Lahens – their surnames were ascertained as well. This project restores their individuality and reveals the role they played in the birth of modernity. Black Studies have been around a long time in the United States but are new in France, where the role that models of African ancestry played in the emergence of modernity has never been explored before. American researcher Denise Murrell, who originated the project, says that is “due to a different history. The United States has always had millions of Americans of African origin on its soil across the country. There were people of African ancestry living in France at the turn of the 20th century, but they only a small percentage of the population, except for the inhabitants of the Caribbean and colonised countries, of course.” It was time to face that history. The Musée d’Orsay is working on it. “It’s part of a national museum’s mission,” says its director, Laurence des Cars. “Opening up to social issues is almost a public service duty.” The challenge is ambitious and risky. That can be sensed in the many precautions taken, the consultants, officially recognised specialists – historian Pap NDiaye and former football player Lilian Thuram – and a rich cultural programme led by emerging artists.
The Musée d’Orsay focuses on the 19th century, when the arts converged more than in any other and modernity was born. The representation of the other was an essential part of that. That is what this show wants to talk about. The model is the observed subject. He or she also reflects values and participated in the gradual assertion of a black identity. Murrell’s thesis – "Seeing Laure: Race and Modernity from Manet’s Olympia to Matisse, Bearden and Beyond" – was the starting point of a partnership that began at New York’s Wallach Art Gallery. The “Posing Modernity” show, which ended on 28 February, met with a very favourable reception. Now it is in Paris before travelling to Pointe-à-Pitre in Guadalupe this autumn in collaboration with Mémorial Acte, a highly symbolic place.

Pushing Back Historical Boundaries
The angle is much wider in Paris. “The curators quickly became aware of the need to push the historical boundaries back to the French Revolution,” says Murrell. The focus is on three milestones: the abolition of slavery (1794-1848), the new painting with Manet, Bazille, Degas and Cézanne – regrettably, Gauguin is almost absent – and the 20th century’s earliest avant-garde movements. The Musée d’Orsay logically starts the show with the campaign to wipe out slavery, which stretched from the victorious slave revolt on Saint-Domingue led by Toussaint Louverture in 1791 to abolition 1848. Two of the works illustrating this part, including Anne-Louis Girodet’s "Jean-Baptiste Belley" and Marie-Guillemine Benoist’s newly renamed "Portrait of Madeleine", are masterpieces. Both are portraits of emancipated slaves, but they do not show the same thing. Belley was France’s first black member of parliament, Madeleine a servant. Although she is possessed of great dignity, the artist’s intentions are still a matter of debate. However, there is nothing ambiguous about Théodore Chassériau, born in Saint-Domingue to a colonial civil servant and a “woman of colour”. His story sheds light on the energy of the rebellious body, suspended in the azure of his "Étude de Noir" (Study of a Black Man). Théodore Géricault harnessed his fiery romanticism to the abolitionist cause and included three black figures –the same man thrice, Joseph, a model employed at the l’École des Beaux-Arts de Paris – at the peak of his masterpiece, "The Raft of the Medusa". Others condemned the slaves’ treatment. Marcel Verdier’s "Beating at Four Stakes in the Colonies", rejected at the 1843 Salon, depicts an extremely violent scene. When liberation came at last, François Auguste Biard painted the immense "Abolition de l’esclavage" (Abolition of Slavery), whose exhibition recalls that it echoed Victor Schœlcher’s abolitionist theses. This scene shows blacks thanking whites for their freedom in a burst of national fraternity but is silent on the decades of struggle leading up to emancipation.

Invisible Model
Manet’s "Olympia" is a central axis. Murrell built her thesis around this painting after realising that researchers were more interested in the white woman’s nude body and the black cat at the end of her bed than the black maid. She was “invisible” to critics. Assistant curator Isolde Pludermacher pursued the matter and found the milieu in which the young woman, named Laure, lived. Then came Madeleine, Aïcha, Maria – photographed by Nadar – and Carmen. Many were stage and circus performers. The acrobat Miss Lala’s act inspired a painting by Edgar Degas. When the models’ first names could not be found, the words “negro” and “negress” were removed from the works’ titles. That work was primordial. “The use of stereotyped racial nomenclature, even when the artists identified the models and sometimes even recorded their names, reveals a great difference due to their race,” says Murrell. The word “European” is never used for white models, even when they are unidentified. Bringing together works from prestigious institutions around the world helps to raise awareness of the black variant in the models artists chose. But the show takes a somewhat sweetened view. It clearly aims to tell viewers: “Blacks were part of the French nation as early as the late 18th century. Artists have shown and magnified that. Today it must be looked in the face.” But not all artists had the same “benevolent” eye. As France built a colonial empire in the 19th century, many worked along the same lines as triumphant Orientalism. Showing this allows visitors to get a more complete and, especially, accurate picture. The catalogue, of great scientific quality, provides additional indispensable information to understand what the show does not explain enough. “In-depth work is beginning,” des Cars writes in the foreword. “Others will pick up the torch, undoubtedly with other views and sensibilities.”