A high-relief terracotta sculpture featuring the Adoration of the Shepherds illustrates the Genoa-born baroque sculptor’s mastery. 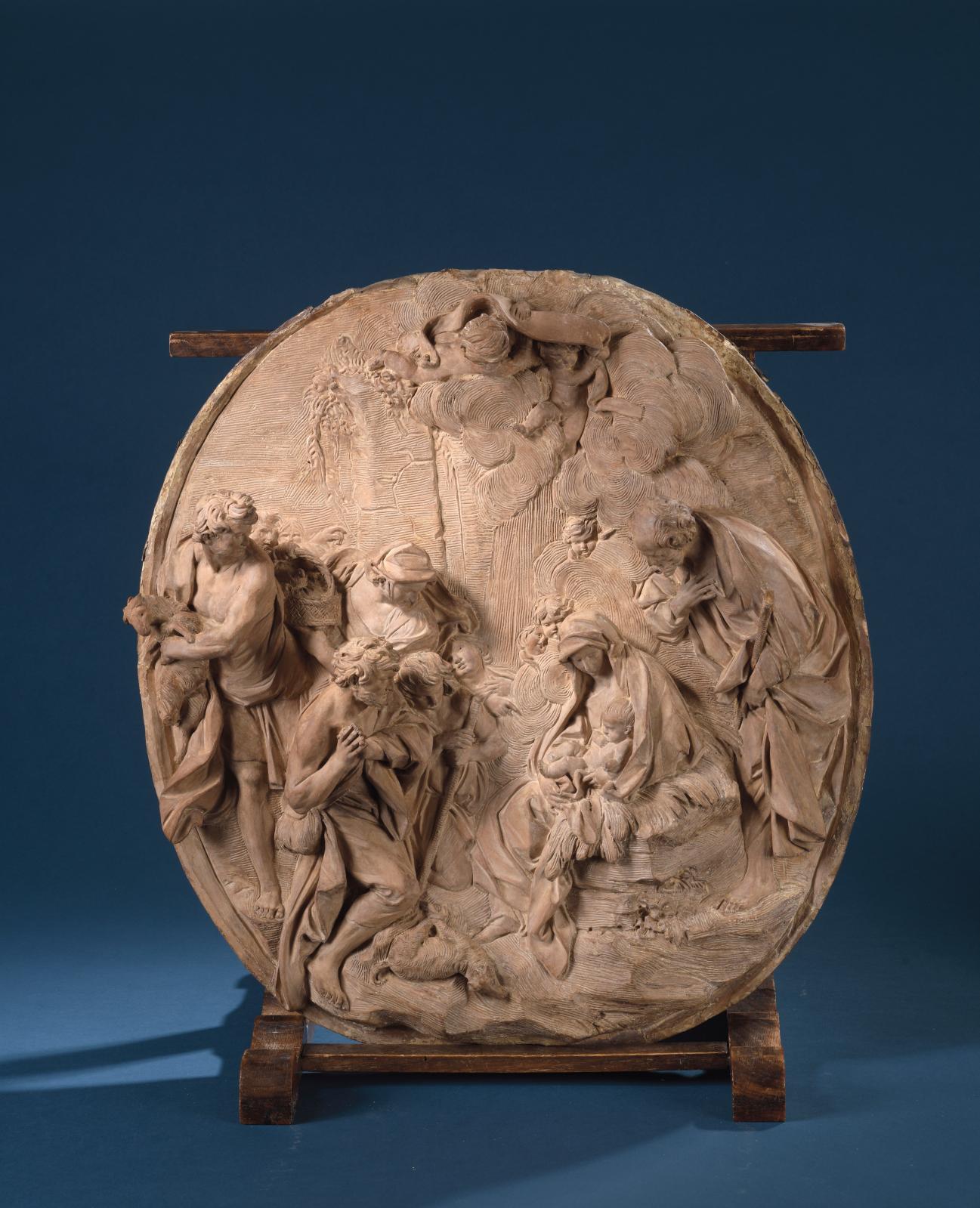 Thought to be lost, this terracotta by Angelo de Rossi was found in almost perfect condition during an inventory in Ile-de-France. It lived up to expectations, going to a French phone bidder for €701,800. The result befits the quality and importance of the work, which the artist apparently made for his 1711 induction into Saint Luke’s Academy. Based on a New Testament episode, The Adoration of the Shepherds was mentioned in the institution’s archives until the early 19th century. De Rossi put everything he had into this masterpiece, a milestone in his career that sheds light on the little-known Italian Late baroque virtuoso, who died at the untimely age of 44. After moving to Rome in 1689, he met the leading patrons of the day, including cardinal Pietro Ottoboni. Through him, de Rossi obtained a studio in the Palazzo della Cancelleria and participated in Pope Alexander VIII’s funerary monument in Saint Peter’s basilica. Also featuring in the sale was a platinum ring set with a 4.26-kt demi-cut brilliant diamond, certified without fluorescence, G color and Si1 clarity, flanked by two diamonds, which fetched €48,871. Rosa Bonheur’s Mouton noir (black Sheep) found a buyer at €22,968, more than quadrupling its high estimate of €5,500. The painting bears the stamp of her signature and of the 1900 sale of her Paris studio by the Georges Petit Gallery (36 x 44 cm/14.17 x 17.32 in).

Sculpture in the Spotlight with an Anonymous Christ