B as in Boulle

Boulle marquetry combines lavish elegance with the most refined materials. The undisputed essence of the French style desired by Louis XIV, this technique has been admired for over three centuries. 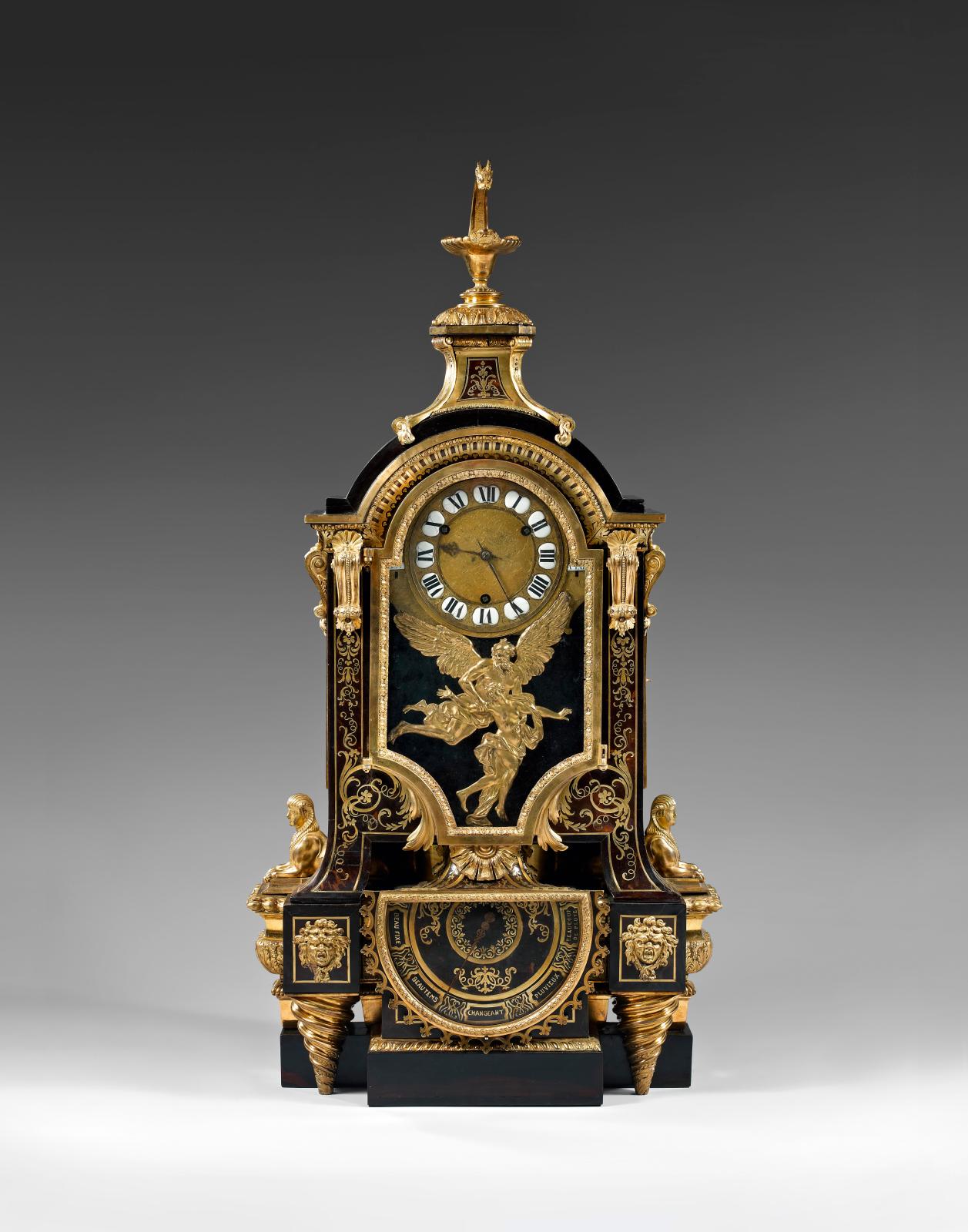 Louis XIV’s famous cabinetmaker, André-Charles Boulle (1642–1732), had so much influence on the decorative arts that his favourite technique now bears his name. Before him, Pierre Gole (1620–1684) had skilfully mastered tarsia a incastro, an early 17thcentury wood marquetry technique, which he enhanced with metal. But it was Boulle who raised this art to a level of such perfection that he is often credited with inventing it.
The technique consists in applying a veneer of leaves in various materials, usually copper and tortoiseshell, but also brass, pewter or horn. The cabinetmaker overlaid them and cut out patterns with a jigsaw, taking care to preserve the backgrounds, before recreating the designs in the various textures. The first marquetry obtained is usually metal on a tortoiseshell background, while the second, in negative, features a tortoiseshell pattern on a metal background. Combining skilled craftsmanship with a keen eye for aesthetics, Boulle developed an ornate decorative vocabulary capable of meeting the expectations of a demanding monarch. Furniture and objets d'art were wrapped in foliage against a backdrop of cascading flowers or fine latticework, sometimes enhanced with mother-of-pearl, ivory or horn. Mythological subjects found in these motifs the sophisticated setting for their adventures.

Lasting success
Boulle, who never signed his works, was tremendously successful, inspiring countless imitators across Europe. Applied to furniture, these inlaid panels offered an elegant contrast to the undecorated parts, while the metal motifs were shaded with thin chased strips and the scale or horn was sometimes enhanced with a leaf painted red, green or blue on the reverse side. Boulle died in 1732, but his marquetry enjoyed a new golden age in the 1750s. Figures such as the painter François Boucher bought costly furniture by the cabinetmaker, sparking a "Boulle revival" in France. Dealers restored many pieces. Putting profits over scruples, they often replaced inlaid tops with marble ones and recycled the old tops on cheap neoclassical furniture. Julliot father and son became masters at this in the 1770s. Demand remained high until the French Revolution.

A British passion
In the late 18th century, much of the Boulle furniture confiscated from French owners was sold to British collectors. The craze in Britain for this type of marquetry peaked between 1815 and 1825. By then, English cabinetmakers had become skilled enough to make elegant "Buhl" marquetry. King George IV never tired of it and sought out the most beautiful pieces. No sooner had English 19thcentury interest waned than the Napoleon III style embraced Boulle marquetry. Meanwhile, quasi-industrial manufacturing processes had come into their own. Mass-produced pieces co-existed with those made by skilled cabinetmakers, although expert eyes could not be fooled. The surprising staying power of Boulle marquetry is undoubtedly due to the beauty and preciousness of its ornaments and its evocation of Louis XIV’s lavish reign.