Aubusson and Ymer & Malta Renew the Art of Tapestry

By giving Valérie Maltaverne a free rein, the Cité internationale de la tapisserie d'Aubusson has breathed an innovative new life into historic craftsmanship. The collection is a passionate celebration of a French artisanal heritage. 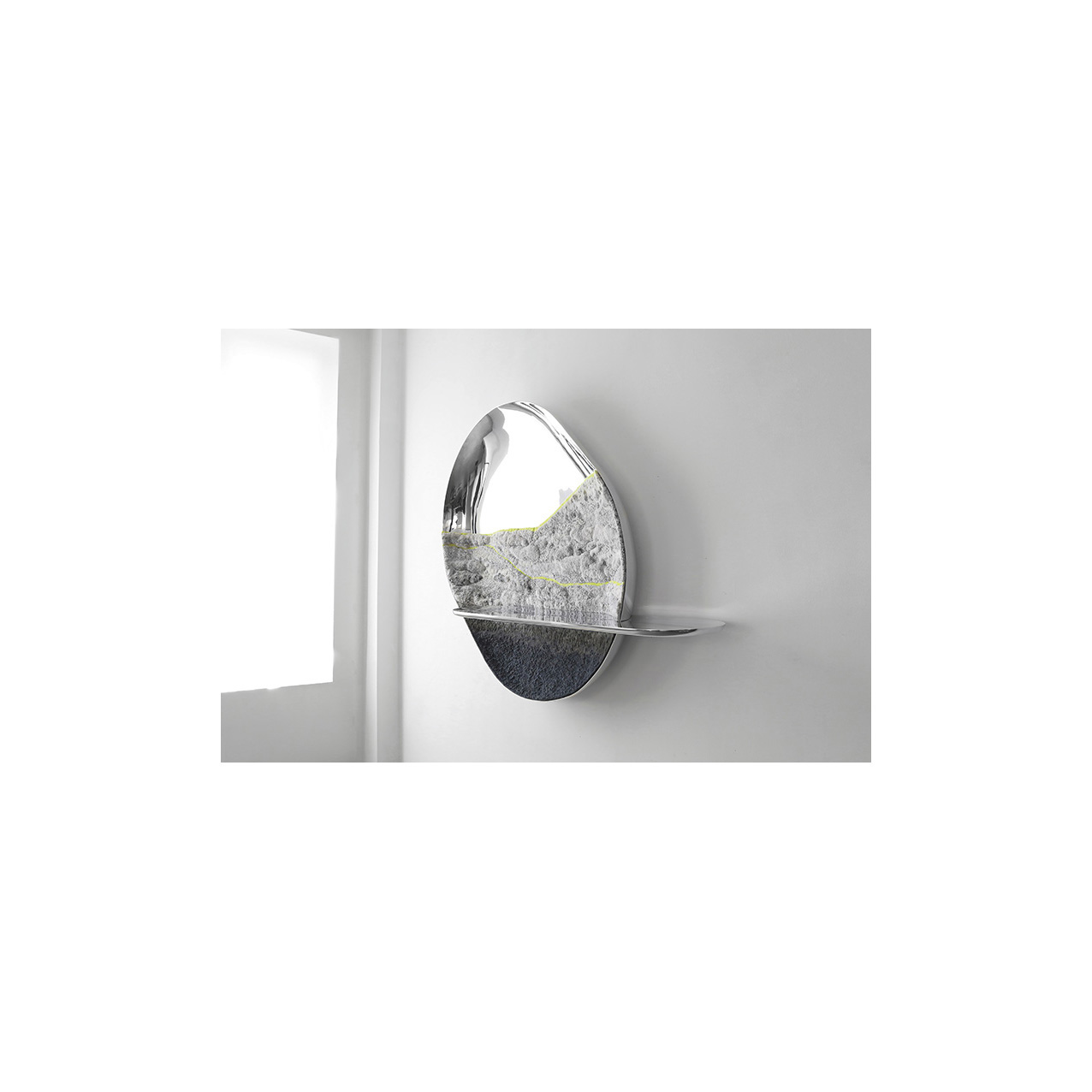 Tapestries were originally connected to the imperatives of mobility but are mainly admired for their beauty. It took a certain amount of audacity to release the woven art from its flatness and give it a quasi-sculptural dimension. While Le Corbusier’s “Muralnomad” revived the medieval tradition of sliding partitions, the mural dimension of tapestry remained. The Cité internationale de la tapisserie d’Aubusson probably did not expect a revolution by asking Valérie Maltaverne, head of the Ymer & Malta studio, to enter into a partnership whose results proved stunning. At Ymer & Malta, Ms. Maltaverne is accustomed to orchestrating the creation of her various projects, from conception to completion, guiding designers and artisans as a director does her actors and technical teams. There is just one step from cinema and animation, her background, to tapestry. This is not a hackneyed expression: motion flows through all of Ymer & Malta’s collections, whose quality caught the eye of Emmanuel Gerard, Aubusson's director, and Bruno Ythier, Aubusson's head curator until 2020. However brief the association between the two entities, one public, the other private, it undoubtedly marked an irrefutable and unanimously acclaimed turning point in the history of both Ateliers de la Marche and of the tapestry. All the historical savoir-faire is still there, but in place of the codes of the weaver’s art, it offers flexibility and free forms that materialize in space and whose textured surfaces beg to be touched. Those who remember the long subordination of tapestry to classic wall paintings must be rubbing their hands with glee.

Metamorphoses in Three Dimensions
Called “The Great Lady”, the collection comprises seven pioneering pieces of a renovated woven art, perfectly embodying Aubusson’s dynamism. Its artistic director gave the workshop a challenging task: she wanted to detach tapestry from walls. The quest for volume and the occupation of space led to animating the surfaces, both the motifs and the material. deliberately ignoring tapestry’s presumed limits, Ms. Maltaverne pushed the weavers to the furthest boundaries of their craft, inciting them to find new solutions and adapt to the requirements of volume, functionality and kinetics. The weavers’ first difficulty was to confront cartoons that were not traditional cartoons. Everything had to be interpreted. Seven drawings based on nature, perfected during a year and a half of continuous back-and-forth between Ms. Maltaverne and the designers, led to projects creating volume from the material itself. The challenge consisted of translating an aspect or an event of nature into each volume. How could fur, fog, bark, ash, lichen, flowing icy water or frost be depicted? The weavers and Ms. Maltaverne set out on a demanding quest for colors and materials. “Sampling was probably one of the most important steps,” she says. “It was a matter of finding the perfect palette because the weaving on the reverse side of the loom does not allow the finished work to be seen until the loom falls.” It was necessary to move forward by trial and error and after several months of research, with a collection of images patiently gleaned from books, museum collections and even television, nuances were captured and textures created that transformed the effect produced by the material. Ms. Maltaverne and the artisans were in continuous dialogue for five years. The metamorphosis of tapestry has slowly taken place under the eyes of Bruno Ythier. "Valerie fosters active complicity [...] that pushes the weaver to dig deep down into her technical skills,” he says. “She dares, searches in old tapestries, tries, uses a logic of weaving normally applied to another use, sublimates the intelligence of gesture, material, texture and color.” The flat stitch specific to Aubusson was no longer enough. The Savonnerie stitch was added, others were invented and, without delay, weaving students learned a new language, suddenly thrusting tapestry into a new era. For Lou Malta’s "Troupeau" ("Flock") stool, the weavers for the first time managed to make the tapestry a supporting structure and not just a trim. They swapped the wool chain stitch for the nautical stitch, capable of supporting heavy loads. The flock motif with snowy fleece recalls that subject and material are one here. Stepping back, the viewer comes face-to-face with an astonishing optical effect: the flock comes to life, seems to hasten, and snowflakes can be discerned glistening on the wool’s surface. The bet on movement and animated form was won and reveals “The Great Lady” as a coherent, innovative whole that may herald a new future for tapestry.

A Tribute to Wilderness
The mellow warmth of a fire devouring wood to the point of ashes envelops the "Bois Brûlé" bench by Ferréol Babin in a woven embrace imbued with Japanese wabi-sabi. Floating like a dream, the "Forest" bench by Sebastian Bergne catches the viewer in a delicate haze, the gaze gets lost in such a way that one no longer knows where the seat begins and where the wall ends. Each piece is a surprising impression, the gaze moves across the console by Kenza Drancourt to the "Polar Landscape", the icy reflection of a landscape where the green mosses crack under a biting frost. To transcribe such evocations, wool was mixed with royal linen, bamboo, natural viscose and silk. The tapestries required the creation of supporting furniture, designed only after the weaving was done. Because once freed from their weft, the woven fibers remain alive and the dimensions of the finished work fluctuate significantly. The tapestry becomes haute couture, tailor-made, with its draperies imagined, drawn and worked like timeless sculptures. Benjamin Graindorge's "DuCiel" bench is as much to be admired as it is itself a refuge for contemplation: on a bench, nature appears wrapped up in a starry night, warmed only by the comforting flame of a campfire. In the early morning, on a "Cookie" stool, like a pebble, one observes a "Water" carpet, by Sylvain Rieu-Piquet, snaking through the torrents. Perhaps one can see the quiet "Bears," emerging from the dark woods, by Benjamin Graindorge, this cabinet in oak of the "Marshes" whose silent Japanese mountains do not disturb the quietude of wild nature. The tapestry sublimates the lavishness, like a respectful homage to the animal essence of the wool and the rustling of the "Creusois" greenery. The weavers in charge of executing these pieces all testify to the patient blossoming of their profession, following the example of Nadia Petkovic, whose serene delight in seeing her art move towards "the expression of a material and no longer just a figure" can be guessed. Unquestionably, tapestry has entered a new dimension in Aubusson.