At Giverny, American paintings from the Terra Collection

As if drawn to a new way of seeing and attracted by Claude Monet's liberated brushstrokes, many American painters joined the Impressionist experience. Around 30 of them, presented at Giverny, meticulously depicted nature to capture its quintessence and emotional impact. 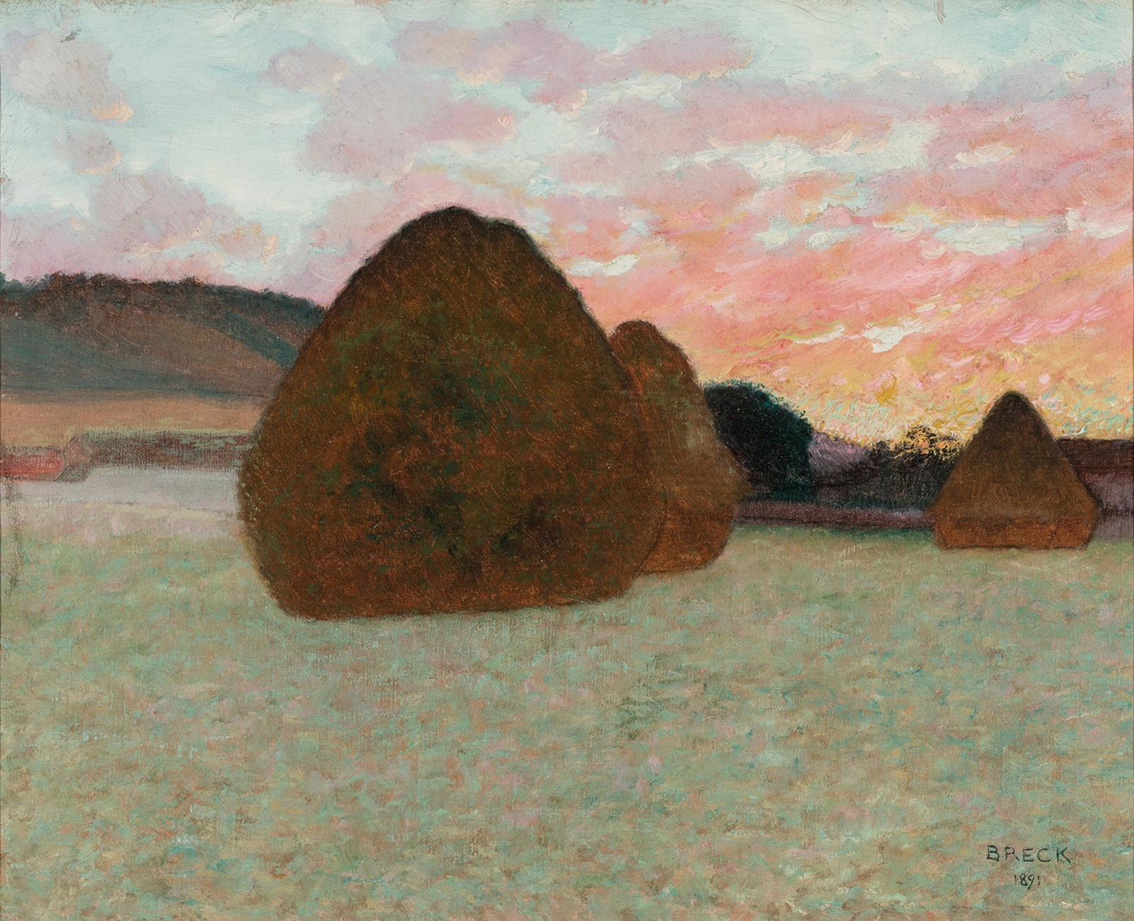 The show reveals an impulse wavering between evolution and a break with the past, the gradual shift from a romantic and realistic vision of landscape to its subjective expression. The exhibition starts with sweeping panoramas such as Sanford Robinson Gifford’s Hunter Mountain, Twilight and Frederic Edwin Church’s luminescent Icebergs glowing in the sunlight, attesting to the forces that drove painters, their gazes as awed as they were conquering, who were intent on building and asserting an American identity. The same aim seems to underpin Timothy O’Sullivan and George Barker’s photographs of Niagara Falls and Yellowstone National Park, which, beyond the sites’ beauty, reflect the connections that unite men to a grandiose yet fragile land in an approach that illustrates an awakening awareness of nature. In their quest for harmony and unity, the artists who clustered around Giverny two years after Monet moved there no longer sought to depict a landscape’s symbolism and topography, but to capture the effects of light, shifting reflections and shimmering transparency. The evolution of the gaze and the influence of Monet permeate the paintings of Theodore Robinson and John Leslie Breck. Robinson, one of the leading Impressionists in the United States, drew the diversity and suppleness of his touch from their friendship and painting the motif at his side. His flowering trees at Giverny combine all his achievements. Breck’s chromatic variations on haystacks capturing variations of daylight celebrate Monet’s ethereal vibrancy. First among those whom Monet inspired, James McNeill Whistler remains apart. Combining the contributions of Impressionism and Japonisme, he invented a new, delicate aesthetic in the works on paper he made in Venice, translating the city’s stones and mood and the beauty of its faded grandeur. His prominent place here is not quite representative of reality, but his prints and paintings reflect the emergence of a modernity that conveys the exhibition’s message. The Terra Foundation for American Art provided nearly all the works in the show, which constantly navigates between two countries and cultures sharing a common vision of nature. The message is served by a nesting composition allowing visitors to enjoy, in each of its sections, from well-worn roads to discoveries, many luminous variations of movement.