Artgenève Confirms its Status as a Fair for Connoisseurs

The Geneva art fair founded by Thomas Hug is doing well, with a 2020 edition attesting to a savvy, intimate setup appreciated by exhibitors and public alike. 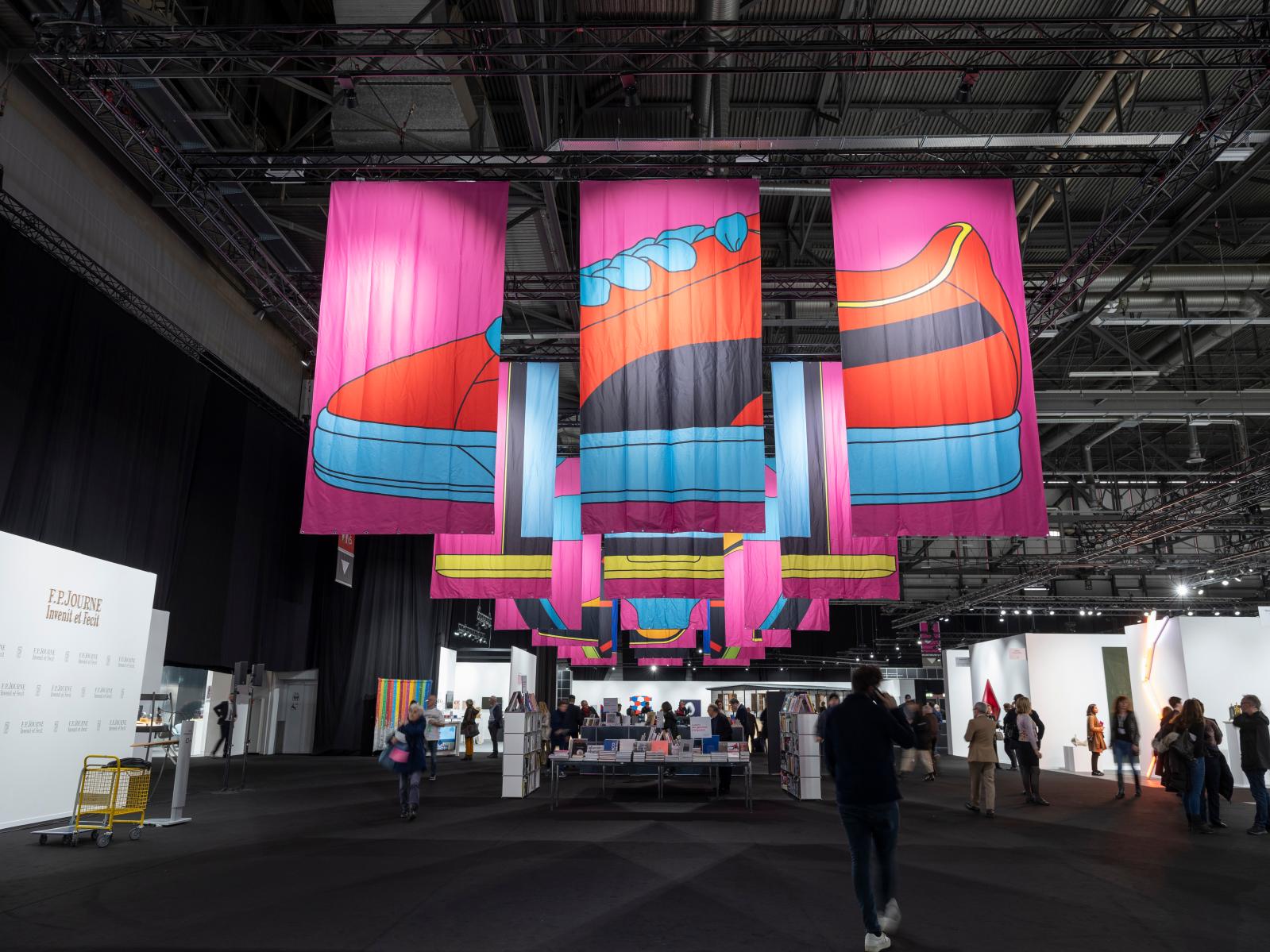 The ninth edition of artgenève was held from 30 January to 2 February at Palexpo. According to its director Thomas Hug, the fair, limited to 95 exhibitors (five more than in 2019), once more gained from its ideal positioning in the art fair calendar and the luxury tourism generated by chic ski resorts around Geneva. The general view is that artgenève visitors are among the most “educated”, while the setup of the Swiss event is conducive to sales. “artgenève has carved out a spot for itself between Art Basel in Switzerland, FIAC in France and Artissima in Italy. It's the ideal size, serious-minded and friendly, and features Swiss galleries seen nowhere else,” says Parisian gallery owner Nathalie Obadia, delighted with “several sales at between €10,000 and €100,000”. “Its size means that all the participants can do well out of it,” says Charly Bailly, with galleries in Geneva and Paris, who reports “extraordinary, wide-ranging sales.” The Swiss gallery owner goes on to say: “Geneva is an international city with a lot of foreigners living there throughout the year, or for part of it. But the fair has also managed to bring in a new clientele usually difficult to attract because of the city’s very low-key artistic and cultural scene.” This satisfaction is echoed by the Basel-based gallery Von Bartha, which presented fifty artworks at Palexpo to mark its fiftieth anniversary. “We sold over twenty works,” says the Swiss dealer. “Even if it doesn’t have the frantic pace and crowds of FIAC or Art Basel, it’s a first-rate fair,” says Anne-Claudie Coric from Templon (Paris), who sold several pieces by Valerio Adami at between €100,000 and €130,000, and by Chiharu Shiota at between€ 40,000 and €100,000.

Refinement as a Trademark
“As we expected, the public was made up of connoisseurs and curious visitors. A lot of Swiss people saw the Dewar & Gicquel exhibition at the Kunsthalle in Basel last year, while on the French side, visitors remembered their show at the MAC Lyon during the last Biennale,” says Parisian dealer Hervé Loevenbruck, a newcomer to artgenève, who sold a work by the sculptor duo and a painting by Michel Parmentier. “I was really surprised to see so many French and Belgians at the fair,” says gallery owner Antoine Laurentin (France), another first-timer. “With the addition of major galleries, the event has gained international visibility extremely quickly, while preserving its Swiss soul.”
“This fair’s strength also lies in its diversity. It doesn't only involve galleries. It also generated a lot of interest  this time with an exhibition of two major collections – David Shrigley's and the Fondation Gandur's –, the presence of local institutions and schools, the awarding of a major prize and numerous other events around the fair,” says Pierre-Henri Jaccaud from Geneva's Skopia gallery. These satellite events include the travelling programme artgenève/Musique (the previous edition took place in 2019 in Venice, during the Biennale). With around ten musical performances at the Victoria Hall, commissioned by Augustin Maurs and Catherine Othenin-Girard, the programme not only delighted guests but also set the tone of the fair. For refinement is the trademark of artgenève:  it cultivates a difference with its powerful sister Art Basel, which draws over 230 exhibitors. Also worth mentioning is the partnership between artgenève and Loop, the Barcelona fair dedicated to video art, which stood out at Palexpo with around ten specialised galleries including Ani Molnar (Budapest), Narrative Projects (London) and Moscow's Iragui gallery, replacing the Pavillon des Arts et du Design (PAD) which, for lack of real commercial success, did not repeat the experience after participating twice.

Ever More Potential…
“We met quite a few potential new customers, including one large foundation, people from Monaco, and collectors from Russia and even China. There's a very good connection with artmonte-carlo, which brings people from the Riviera to Geneva,” says Antoine Laurent from the Paris gallery In Situ. Meanwhile, Zurich gallery owner Larkin Erdmann, while happy with his sales, feels there is a need for “increased visibility overseas to attract international buyers.” The same hopes are expressed by Zurich-based dealer Maria Bernheim, who was disappointed by the 2020 event. Michael Hoppen, a London gallery owner specialising in photography, also reports a successful fair, though he would have liked his field to be better represented. “A top-rank event like artgenève should be visited by more curators and museum directors,” says Raffaella Cortese from Milan. “artgenève is a promising young fair that needs support and has enormous potential,” says Charles Bailly. “I believe Thomas Hug has a few surprises up his sleeve for the tenth edition in 2021, but I can’t say any more right now…”
In the meantime, the formula developed by Hug and Palexpo, already exported to Monaco since 2016 with artmonte-carlo, will spread to Moscow in May (from 20 to 24), with around twenty galleries taking part at the Schusev Museum of Architecture. The organisers have announced an original selection of inflatable and neon artworks by artists like Jeff Koons, Takashi Murakami, François Morellet, Cerith Wyn Evans and Sylvie Fleury. In 2021, artmoscow is thought to be moving to the Manege, a neoclassical building in Manezhnaya Square in the Russian capital, with around fifty exhibitors.