These few days in early December, when transactions were particularly active, proved yet again that Americans still dominate the contemporary art market. 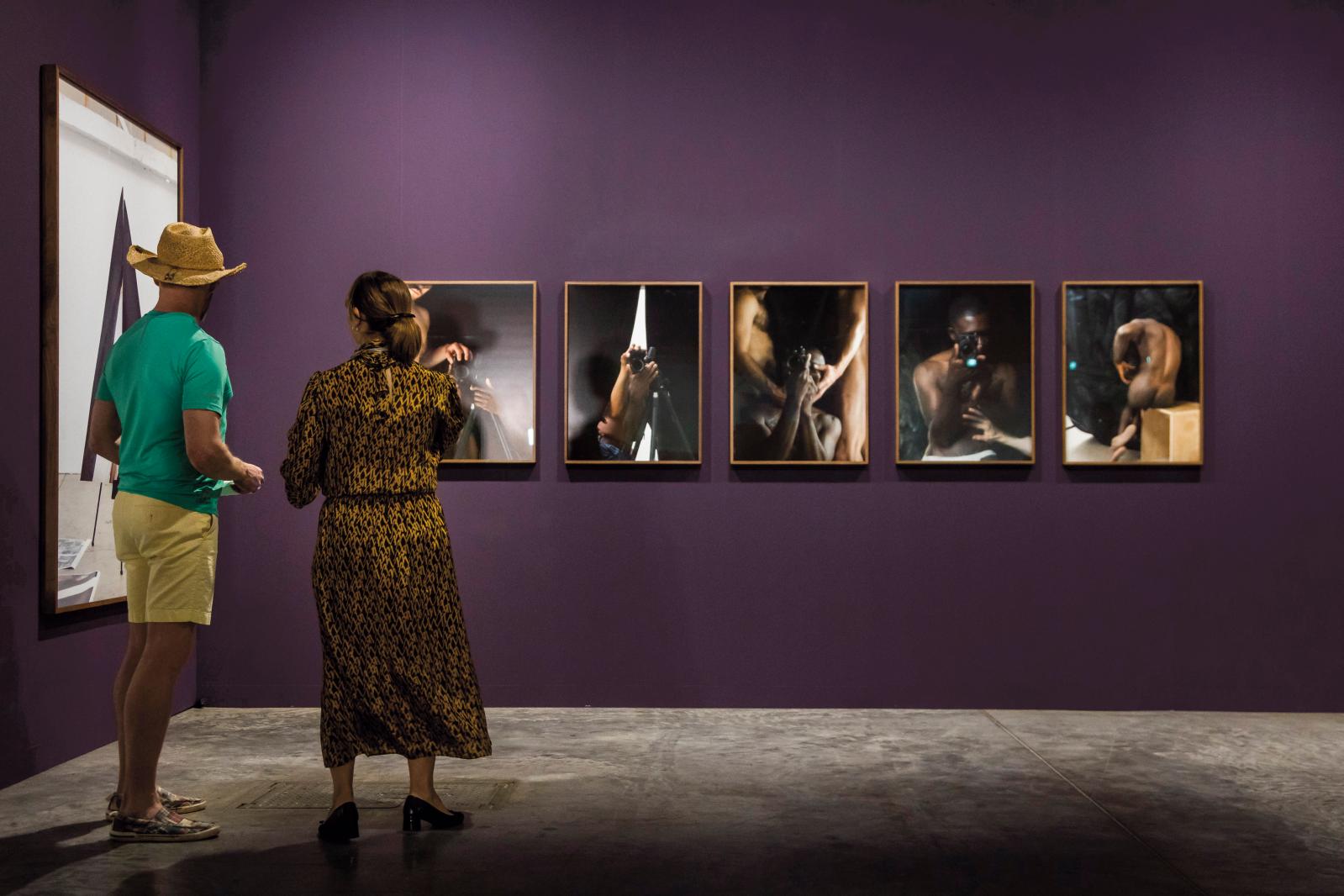 At Art Basel Miami Beach, even bananas sold like hot cakes… While Maurizio Cattelan's Comedian created a buzz when it was bought several times at $120,000, many galleries were delighted to be sold out. "We sold our entire stand very quickly. It included several pieces by Ebony G. Patterson, at $65,000 each, and David Antonio Cruz, whose work was integrated into Mickalene Thomas's show at the Bass Museum," said Monique Meloche of the eponymous Chicago gallery. And to quote Jessica Silverman, whose gallery is in San Francisco, "We have never had such amazing success at Art Basel Miami Beach before. We sold 48 works in the first three days alone, including three large-scale bronze sculptures by Woody De Othello for $175,000 each." One of the highlights of the week was incontestably the sale of Carmen Herrera's painting Quartet (1961) for $2.5 million to a private West Coast collection. "This work consisting of four canvases and a frame handmade by the Cuban artist (now living in New York) has few equivalents; its closest cousin is now in the MoMA's permanent collection. We were thrilled that we could bring it to Miami and sell it during the very first hour of the fair," said Alex Logsdail of London's Lisson Gallery. He also sold a photographic installation by Cory Arcangel for around €700,000 to a German institution, as well as a Tony Cragg for $440,000 and an Anish Kapoor at $625,000. All in all, the gallery garnered some $6.3 M! Thaddaeus Ropac also sold a Cragg – for a "mere" €260,000. The stand made €10 M overall, with a major contribution from Georg Baselitz for a total of €4.9 M, with a painting (Herdoktorfreud Grüßgott Herbootsmann, 2011, €1 M) and a sculpture (Sing Sang Zero, 2011, €3.5 M).

More Americans; Fewer Europeans
While sales were fine and healthy, audiences had a strangely different profile this year. No major European collectors turned up, and several stands were distinctly empty of visitors. Gallery owners were somewhat lukewarm about this aspect of the fair. "The preview days seemed far less packed than the previous years, and we were aware that many of the collectors we usually see in New York and Europe hadn't made the trip," lamented Nina Fellmann of London's Annely Juda Fine Art gallery. Mary-Anne Martin (New York) was also a little disappointed with the public. "What was missing was the museum curators. Their presence is important to us because while the younger generation of collectors seem to be mainly attracted by a globalised contemporary art, curators are reconnecting with post-war creation from specific parts of the world… In this respect, we represent Latin America." However, there is clearly a constant rise in Latin American visitors, says Victor Gisler of the Mai 36 gallery. In his view, ABMB is "increasingly becoming the platform for the Latin and North American contemporary art market. I've also noticed greater development locally, with more visitors from the Florida region as a whole," he adds. As a result, the dealer presented mainly America-focused works by artists like Baldessari, Mapplethorpe, Mendes Blake, Mullican, McBride, Nauman and Weiner, though he didn't go into detail about his sales.

A Shot of New Energy
For its 18th edition, the Meridians initiative was acclaimed by numerous players. This new space of over 5,000 m2 dedicated to monumental works unveiled thirty-odd projects on another scale, with each piece taking up an average of 150 m2. Gallery owners were unanimously in favour of the initiative, praising "a beautifully curated space", even if some inevitably felt that "non-commercial-looking exhibitions could distract buyers' attention." The monumental installations included Laure Prouvost's work based on the travel agent theme, Deep Travel Inc. "Her works were very well received by the public," said Alex Logsdail of the Lisson gallery (London), who represents her. On this occasion, two of her paintings were sold at €32,000 each. The shot of fresh energy injected by Meridians was also consolidated by several relatively new galleries. A 20% reduction applied at young galleries exhibiting avant-garde works, with a dozen benefiting from the discount, including Hunt Kastner from the Czech Republic, Karma from New York and High Art from Paris. "Opening out to the younger generation brings new life to the fair and fosters adaptation to the market," said Thomas Schulte of the eponymous Berlin gallery; "I'm delighted that the next generation can be helped in this way." The Berlin gallery did not reveal details of its sales either, but mentioned several of over $90,000 and five above $50,000. New opportunities, new experiments… and further reflection. For Victor Gisler, the "Cattelan" event – obviously the most memorable aspect of this edition for everyone – clearly shows that "there are still a lot of things to try out, and that artists and galleries are seeing how to use international fairs to promote themselves in the media and social networks." Further approaches regarding the development of the gallery world will be thrown up when Talking Galleries opens in January.