Anne-Sophie Leclerc: A Focus on Prehistory

Anne-Sophie Leclerc leads an institution where she has worked since 1982. The director of the Musée de Nemours, an hour from Paris, is getting ready to celebrate its 40th anniversary—an opportunity to rediscover its unique collections and Roland Simounet’s building. 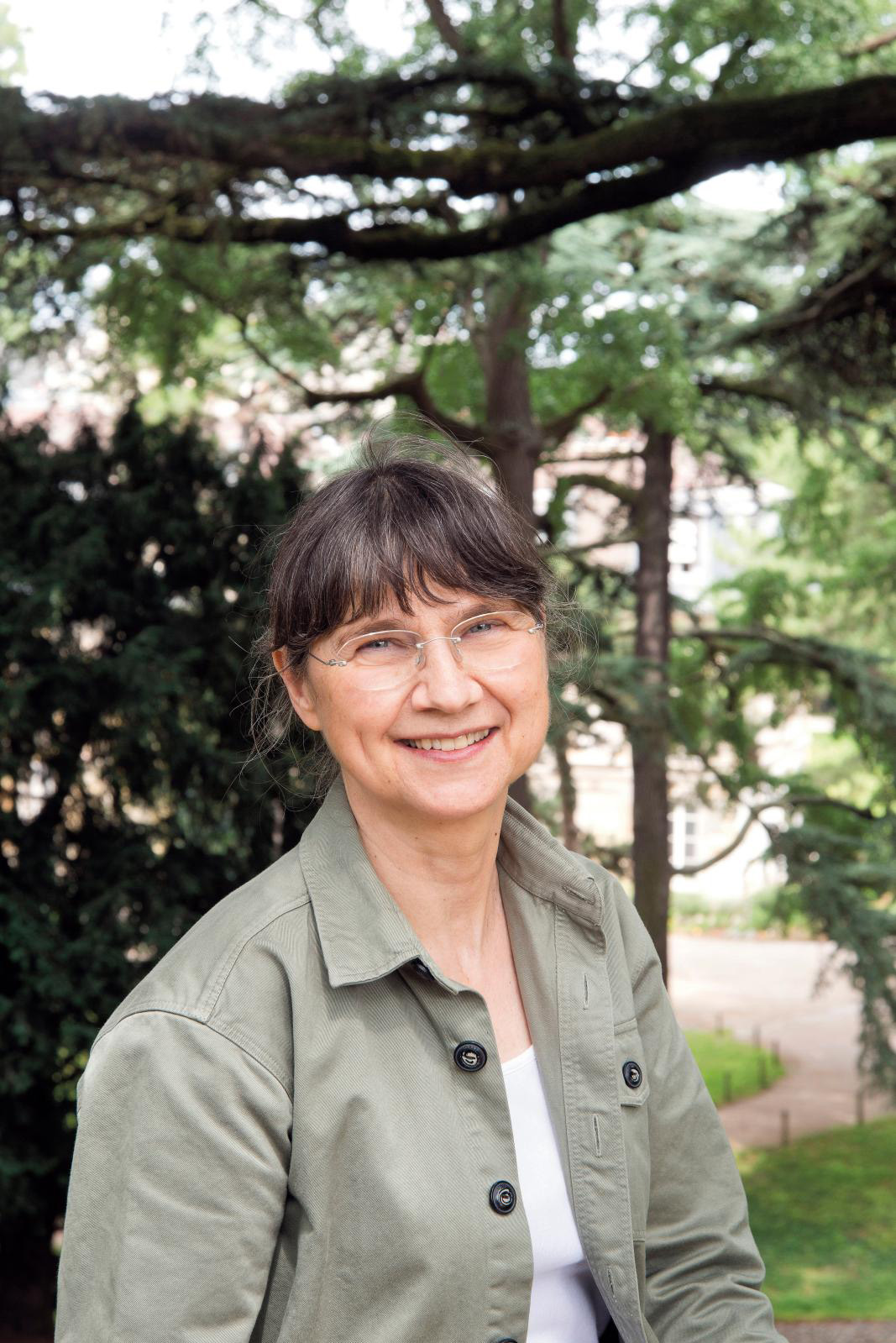 How did the collection and the building itself get started?
The museum was created by Michel Brézillon, director of Antiquities in the 1970s. In charge of prehistoric archaeology in Ile-de-France, he decided to create a museum to develop the collections gathered together since the 19th century by amateurs and learned societies, and objects unearthed during excavations in the Paris Basin. Some of these were previously in the castle-museum of Nemours. Mr. Brézillon was well acquainted with Étienne Dailly, senator of Seine-et-Marne from 1959 to 1995, president of the Seine-et-Marne General Council from 1967 to 1979 and most importantly, mayor of Nemours from 1965 to 1977. He embraced the idea and backed the plan to establish the museum in his town. The Seine-et-Marne General Council voted to build it in 1972 before launching a competition in 1974, which was won by architect Roland Simounet. The museum opened on January 10, 1981.

Later, Mr. Simounet was in charge of refurbishing the Picasso Museum.
Yes, and he’s also known for LaM: the museum of modern art in Villeneuve-d'Ascq, completed in 1983. Nemours was his first museum and considered by some as his most successful work. It’s often visited by architecture students and architects. The rough concrete and glass building has been on the Supplementary Inventory of Historical Monuments since 2002 and the Ministry of Culture awarded it the “Patrimoine du siècle” label.

How did he design the museum?
Mr. Brézillon and Jean-Bernard Roy, the museum’s first curator, who was appointed before it was even built, had drawn up a detailed scientific program. The idea was to offer visitors two parallel circuits: the main one, and a secondary circuit covering certain subjects in more depth, with casts from the region’s two flagship archeological sites a few dozen kilometers away. These are the Étiolles site in Essonne, excavated since 1972, which yielded up an engraved stone—the most beautiful prehistoric art object ever found in Ile-de-France, which recently entered the collection—and Pincevent, in the Seine Valley: a sort of "prehistoric Pompeii", which the famous anthropologist André Leroi-Gourhan began digging in 1964. The site contains 15 strata of housing buried beneath the silt of the Seine when it overflowed, and well-preserved remains of campgrounds—even fragments of eggshells attesting to the lives of the Magdalenian hunters who lived there over 14,000 years ago.

What makes the museum so innovative?
The two-pronged circuit is an interesting concept, but what was really innovative for the time was the creation of six gardens integrated into the visitor experience. Four of them provide a picture of prehistoric landscapes in the main periods, based on the analysis of pollen, charcoal, etc.

How old is the oldest object?
Shaped flints, some of which were found during work on the Saint-Michel metro station, are evidence that humans lived in the Paris Basin about 600,000 years ago. A world-reference flint cut was named after the quarries in Levallois-Perret (Hauts-de-Seine). The most recent objects date from the late Gallic period in the last quarter of the first century BCE.

You mentioned the engraved stone from Étiolles. What makes it so special?
The stone was found in 2000 but researchers didn’t notice the very fine engravings until they studied it in the lab. On one side they discovered a horse wounded by an arrow, and on the other an incredible half-human, half-animal creature, like those seen in the caves and shelters of the Dordogne. It was hidden under a hearthstone, suggesting that it was probably a symbolic object. The decoration, which is very hard to see with the naked eye, has been digitized and a 3D video will soon be shown in the museum.

Does the stone shed any new light on images in contemporary Magdalenian caves?
Unlike caves, where a significant number of examples have survived, there are few mobile engraved objects in our region, which was not inhabited during some of the ice ages. but the style is very close to the decorated caves in Périgord.

How do you take into account the evolution in knowledge and translate it to the exhibits?
The objects aren’t always well contextualized, and since we don’t want to crowd the rooms with more panels, we decided to develop content on the visitors’ app and boost the number of multimedia terminals to update things as research breaks new ground. But the exhibits also change. Recently, in one of the Neolithic rooms, we set up an engraved stele that features typical motifs found throughout a 12.5-mile stretch in the Essonne Valley: anthropomorphic depictions of figures, probably wearing feather headdresses, that are also seen on rocks in situ and on two engraved menhirs in our collections. Usually, a polished axe with a handle is found beside a figure, allowing us to precisely date the pieces to c. 4,500 BCE. We’re at the cutting edge of research, as this work is less than 10 years old.

Does prehistory still attract a large audience?
Yes, it does. It’s a period that captures people’s imaginations, especially children’s. We receive 30,000 visitors a year, which is decent, but we’re aiming for more. We’re increasing the number of events like concerts, theater, activities, experiments, demonstrations, etc. We participate in all the national events, like the Nuit des Musées, Journées de l'Archéologie and rendez-vous aux Jardins, but people are always surprised when they discover this incredible building in its natural surroundings.