The gallery of Anne-Sophie Duval, a pioneer in the Art Deco market, is celebrating its 50th anniversary with the publication of a book. We look at a picturesque family saga. 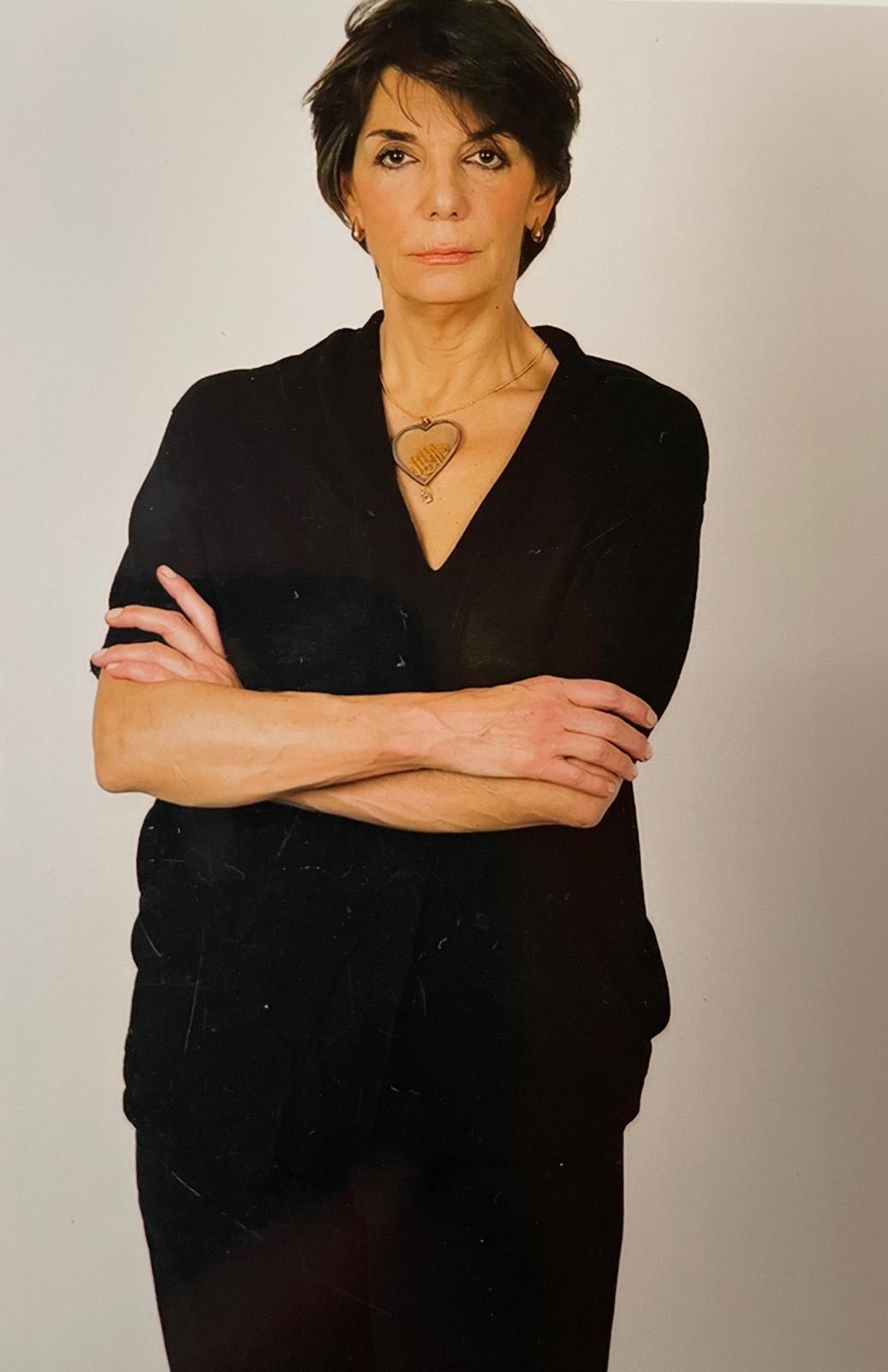 A delightful photograph of the witty Jacques Chazot, prima ballerina Claude Bessy and antique dealer Yvette Barran opens the book published by Julie Blum to celebrate the 50th anniversary of the gallery founded by her mother, Anne-Sophie Duval. A generation before that, former actress Yvette Barran, wife of actor Jacques-Henri Duval, opened an antique store at 11 Rue Bonaparte in Paris. The dancer Jacques Chazot asked her to sell his pâte de verre collection, which oriented her towards Art Nouveau. During the early 1960s, Barran was a pioneer in this field. She had an American-style bar built in her store, where bargain-hunting friends would sip whisky and discuss their finds. This curious world appealed to her daughter, Anne-Sophie Duval, who skipped school to explore flea markets, and was soon assisting her mother. However, Barran fell in love again and went to live in the Lot, in southwestern France, with her third husband. She sold her Paris shop, leaving Anne-Sophie to her own devices. The art of the 1900s was her mother's preserve; meanwhile, the young girl had discovered the subsequent period, Art Deco, popular with a mere handful of aesthetes at the time. In 1972, she set up shop at 5 quai Malaquais, across from the Louvre, taking over from an antique dealer under the name "Carmontel". That same year, a triumphant Duval participated in the Biennale des Antiquaires, where she was the first to display creations from the interwar period. At 27, she had already made it. Her rubber-floored stand, with interior design by Karl Lagerfeld, had a dais displaying a screen by Jean Dunand, a table by Eileen Gray and a coffee table by Emile-Jacques Ruhlmann. This was a particularly bold move, since Jacques Doucet’s famous collection that introduced Art Deco to a broader audience, only appeared at Drouot some months later. Anne-Sophie’s unerring eye was unanimously acclaimed. She was attracted by clean lines, balanced proportions and unusual materials. The luxury and apparent simplicity of Jean-Michel Frank's work appealed to her, as did the inventiveness of Pierre Chareau's mutable furniture. With sculpture, she preferred the monumental abstraction of Miklos to Cheuret’s ornamental style. Anne-Sophie was tall: 5.8 ft (1 m 73). "She was distinguished-looking, with perfect posture. Cigarette in hand, heavy ivory bracelets clinking on her wrist, she exuded elegance from every pore," to quote the admiring interior designer François-Joseph Graf. "The Quai Malaquais Gallery quickly became a chic, cliquish meeting place where on Saturdays people like Pierre Bergé, Yves Saint Laurent, Angelo Tarlazzi (her couturier), the lawyer Pierre Hebey and the collector Micheline Maus would meet to chat."


Independent and Feminist
She found it truly inspiring to discover the work of an unknown creator, and she was moved far more by an object’s beauty than its market value. She was the first to champion inter-war ceramists like Henri Simmen, Emile Lenoble and Jean Besnard, for whom the American billionaire Ronald Lauder shared a passion. Dealers had not yet begun to specialize in the 1940s, when she was already interested in the work of Jacques Adnet and Jean-Charles Moreux. She was not only independent but a feminist to boot, endeavoring to promote women of the avant-garde like Adrienne Gorska, Evelyn Wyld, Sarah Lipska, Anna Prinner (who worked under the male pseudonym of Anton Prinner) and Josette Hébert-Coëffin. Many are now forgotten, but rest assured, these ladies are given a prominent place in the gallery's anniversary book. "By illustrating little-known artists, I wanted to broaden the perception we think we have of Art Deco," says Julie Blum.

Want to receive news and updates about auctions?
Sign up to our newsletter
Natural and pretty without a hint of makeup, the young Julie took over the reins of the gallery in 2008 after losing her mother prematurely to cancer. To keep the family business alive, she left England, where she was working as an architect—even though she had to face unfriendly competitors and various difficulties. She was certainly courageous: "I arrived in the middle of a financial crisis. The market was refocusing on safe assets; it was a chance to be inventive.” Shortly after taking over, she staged her first show: the work of Etienne Cournault, a little-known painter on glass. To promote her stock, she had the brilliant idea of inviting fellow artists to exhibit their specialties, like Carolle Thibaut-Pomerantz with her panoramic wallpapers, and the Mouflet Gallery with its Roaring Twenties posters. Curiosity might be hereditary: mother and daughter also shared a love of ceramics. One of the exhibitions celebrating the gallery’s half-century will pay tribute to Art Nouveau potter Ernest Chaplet. Shades of her grandmother…
WORTH KNOWING
Anne-Sophie Duval, Paris VI.
www.annesophieduval.com