Chu Teh-Chun, a prolific artist whose works are in high demand on the market, stood out once again with an enigmatic, spellbinding painting, while "visual poet" Serge Poliakoff offered a kaleidoscopic gouache. 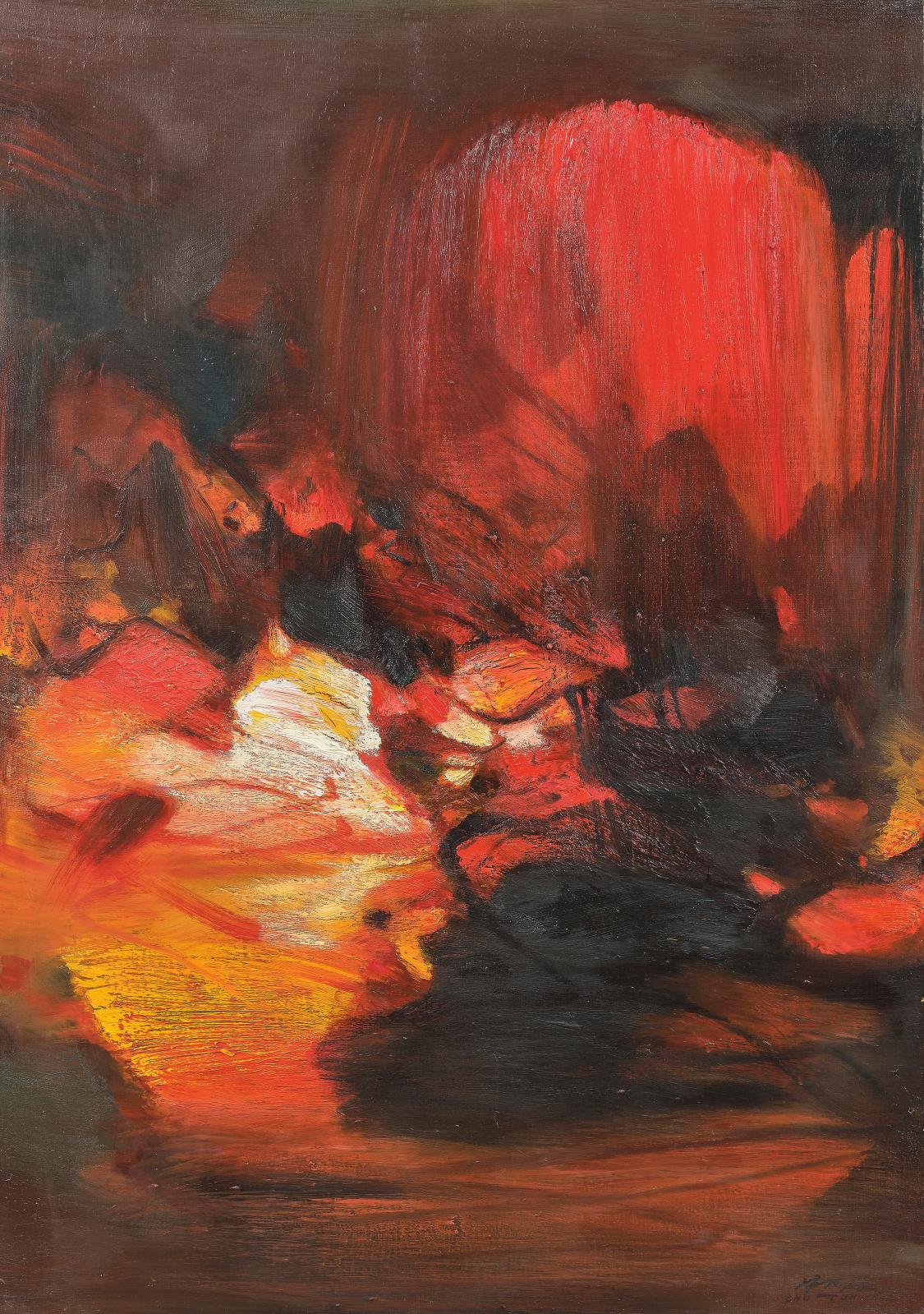 Red, as incandescent as the heart of a fire or as muted as embers glowing under ashes, heightened by wide, flat swaths of black and scattered strokes of yellow and white, dominates the work of Chu Teh-Chun, who achieved an unparalleled synthesis between classical Chinese painting and Western abstract art. His unique syncretism apparently struck the right note with bidders, who pushed the price up to €344,500, paying a beautiful tribute to the artist, a great admirer of Rembrandt and the first Chinese-born Frenchman elected to the Académie des Beaux-Arts in 1997. Serge Poliakoff (1900-1969), another Frenchman by adoption, achieved the sale’s second-highest price. His Composition abstraite (Abstract Composition) (41 x 56 cm/16.14 x 22.04 in), a 1956 gouache on paper from the former Weiss Collection that graced the cover of La Gazette no. 19, sold for €75,400. It was presented at the Bing Gallery during a solo show of works by the artist. Poliakoff, who left Russia in 1918, was a leading figure of the Paris School, supported by gallerists like Dina Vierny, who devoted an exhibition to him in 1951. He is also recognized by leading historians of abstract art, such as Dora Vallier, Michel Ragon and Charles Estienne.