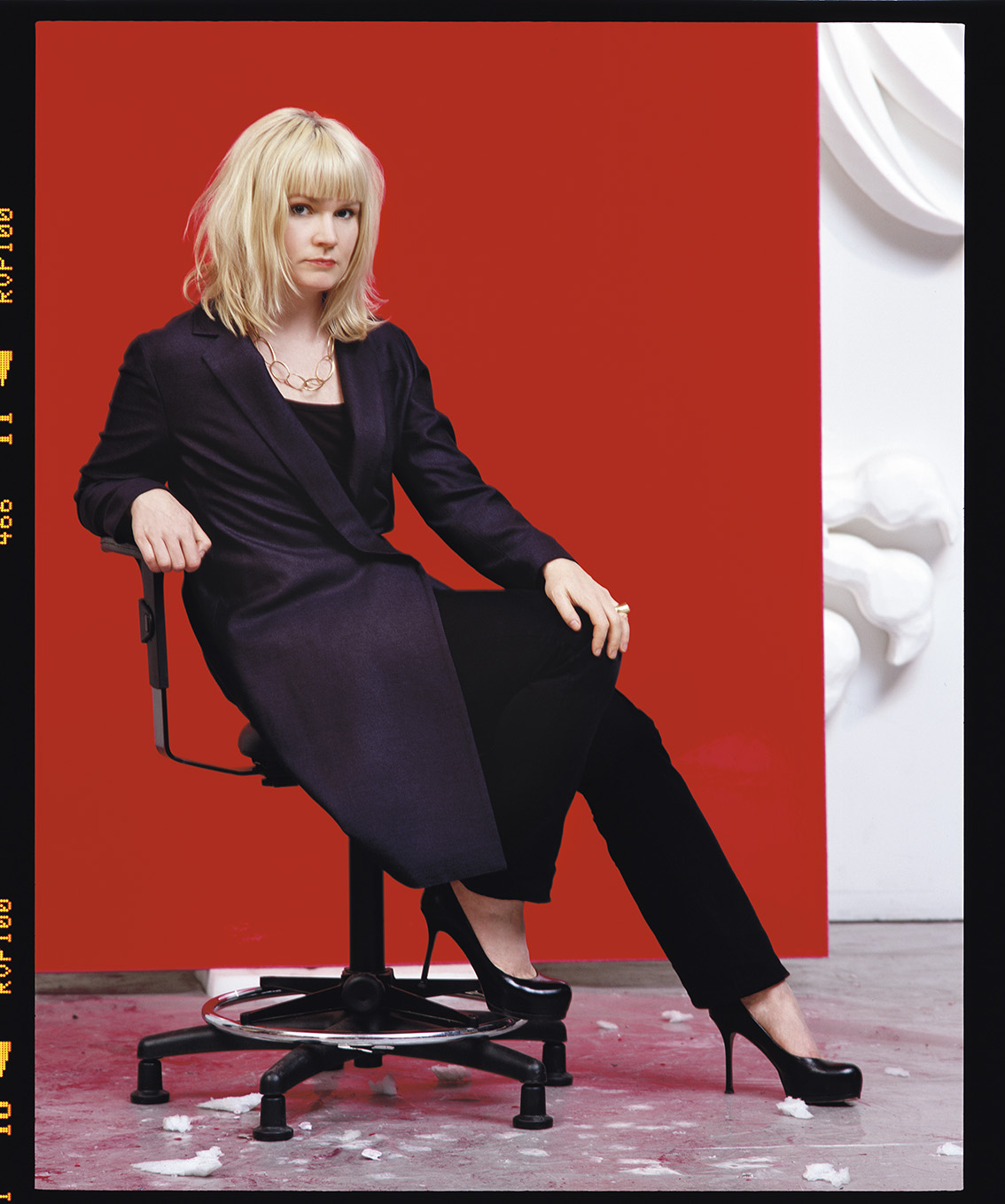 It comes as no surprise that the Paris edition of the Outsider Art Fair will be digital, unlike its New York counterpart, which staged a "live" 28th edition in pre-Covid January this year. In this respect, the fair is treading in the encouraging footsteps of the five thousand visits recorded on the Art Brut Global site, which this summer launched the first online exhibition in this self-taught art speciality. But the fair is also keen to provide its visitors with a physical exhibition for works being sold on the Drouot Digital website, through a curated space at the Hôtel Drouot. American writer and curator Alison Gingeras invites us to explore Outsider Art through its representations of the female figure, under the title "Sexual Personæ".

Were you behind the theme chosen for this exhibition at Drouot?
Yes, because I am currently exploring this subject in my writing, alongside feminist art. We owe the title to Camille Paglia's book, published in 1990. The polemicist explores in her book archetypes in female representations; these archetypes are more deeply entrenched than we might like to think. How do male and female artists incorporate and deconstruct them? This is a particularly interesting aspect to study with the non-academic painters of Outsider Art. Untrammelled by the constraints of political correctness, they express themselves with more freedom than contemporary artists, and their work is less affected by the social discourse.

Can you tell us what's in the exhibition?
We are going to present work by an anonymous post-war artist known as "The Philadelphia foreman". This man used the Plexiglas made in his factory; we know the name of the place he worked at because of the labels on the back of the material. He produced erotic drawings, in which his fantasies of women reflected the fashion codes that prevailed in 1940s in the US while going far beyond what was acceptable at the time. There will also be better-known artists like Henry Darger. Besides, I have selected contemporary figures, among which two Italian artists: Elisabetta Zangrandi, whose work is based on the figure of the Madonna, and Vera Girivi, an artist from Genoa. They contacted me via Instagram, and I fell in love with their work.

Talking of which, has the digitisation of society and the way we communicate brought about changes in the creation, selection and status of self-taught art?
Yes: over the past few years, Instagram has provided a brand new opportunity for me to both discover creators and further my pioneering work. This is the case with a New Orleans artist, Andrew LaMar Hopkins, with whom I am preparing an exhibition. Nowadays, the pandemic makes travelling so complicated that these tools are proving vital. I really like the fact that platforms like this enable artists to cross the established boundaries between artists and decision makers, and to promote their work themselves. If it's good, it's instantly obvious.

Who plays a pioneering role in this type of art?
In my view, the artists themselves are the ones in the best position to discover their peers! I really unearth the most talent through artists' circles. Of course, galleries play a major part, and I learn a huge amount through them. I'm also in contact with the psychoanalysis community, which is sometimes fertile ground for artists. In a nutshell, I'm always on the lookout!

In terms of the market, how does Outsider Art shape up specifically, especially in comparison with the contemporary art market?
As I'm not a dealer, I'm no specialist, but I would say that there is less speculation regarding "hot" artists. Prices are more reasonable, especially for living artists, so works are more affordable. I would say that overall, the trend for sales is on the up. Buyers are becoming less intimidated, and collectors trust their eyes and feelings more. For instance, the role played by dealers in this specialty is admirable. They have a sincere desire to pass on knowledge, educate the public and reach out to the Other - an approach that seems to have waned in other specialties.

Your career has led you to work for some leading institutions. How do museums view self-taught art today?
I get the impression that the taboos that used to divide "acceptable art" from non-academic art are gradually disappearing. At the Venice Biennale, we are seeing more and more curators including self-taught artists alongside their selection of contemporary names. In 2017 the New Museum in New York staged a solo exhibition of Carol Rama, this would probably have been unthinkable ten years ago. Alfred Barr, the New York MoMA's first director, took an interest in self-taught artists and even went as far as organising a solo exhibition of Morris Hirshfield in 1943. In the end, the poor reception of this event contributed to the end of his career, proving that there was a real barrier between two types of artist: the self-taught and the academic. But in my view there is no hierarchy, even if I fully acknowledge the distinctive nature of Outsider artists.

As an American who has worked at the Centre Georges Pompidou and the Pinault Collection at Palazzo Grassi in Venice, do you feel there is a different perception of Outsider Art on either side of the Atlantic?
The main difference is that culture carries more weight in France than in the United States. For instance, you have a Minister of Culture, and we don't! So here, the event can be geared towards a general public with a broader culture than on the other side of the Atlantic, where you will inevitably only attract an initiated audience.