A softened Fauvism and a scientific composition are what make this Norman landscape modern. 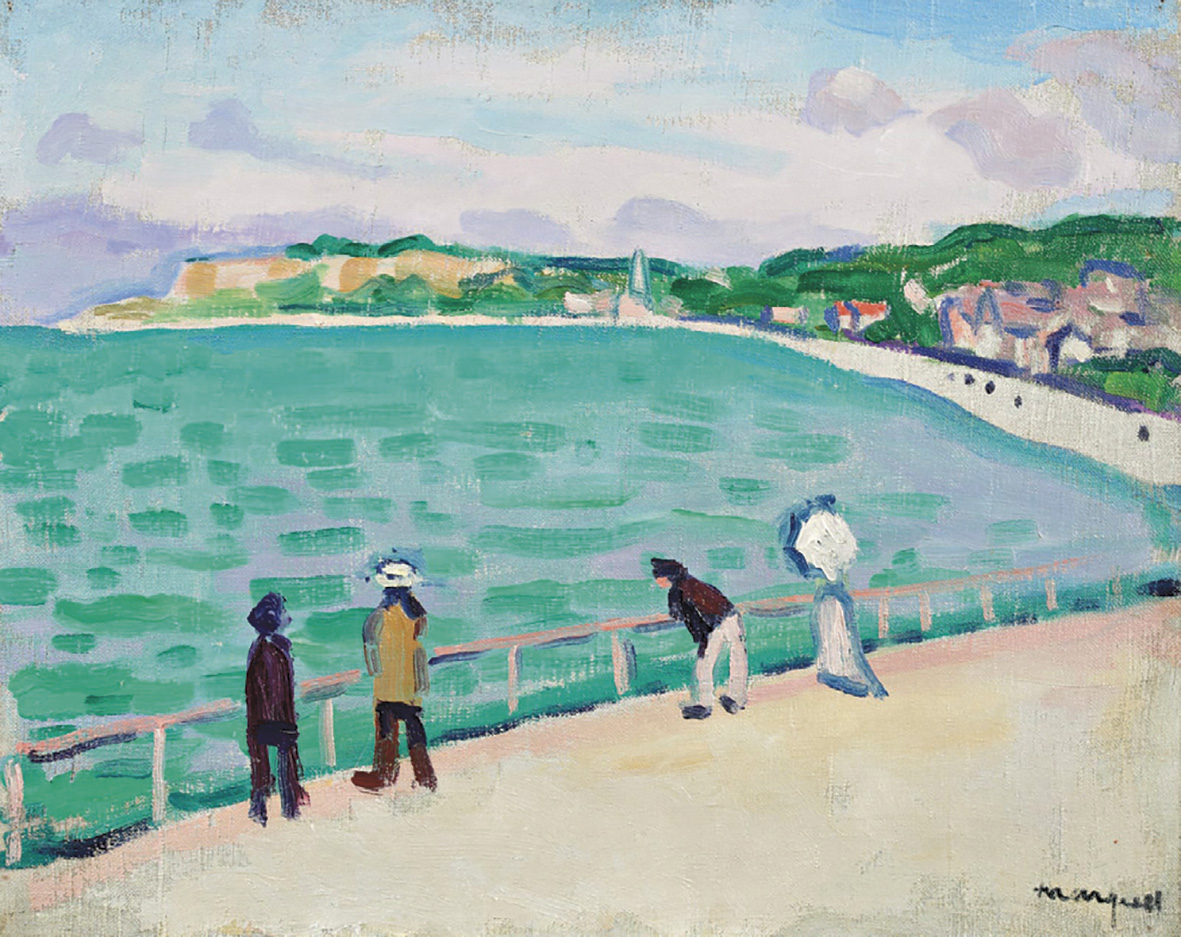 Promenade sur la jetée de Sainte-Adresse (Walk on the Jetty at Sainte-Adresse), which fetched €279,565, recalls Albert Marquet’s stay in Normandy, where he spent the summer of 1906 with Raoul Dufy. Together they painted Le Havre—of which Sainte-Adresse is the seaside resort—Fécamp, Dieppe, Trouville and Honfleur. The year before Marquet took part in the Fauves’ aesthetic revolution, but in this painting he already softened his palette. The brushstrokes making the sea shimmer still contrast with each other, but they are nuanced. The high-angle view, which Marquet enjoyed using, heightens the perspective effect created by the composition’s diagonal lines. Like notes on a score, the people leaning on the balustrade give the peaceful landscape rhythm and poetry.

A Resplendent Spring at Marquayrol with Henri Martin