A Young Prince in Marble From the Antonine Period

This marble bust from the Antonine period is so lifelike it looks as though the young man is about to speak to us. His slightly idealized features bring the legendary Antinous, the beloved favorite of the Roman emperor Hadrian, to mind. 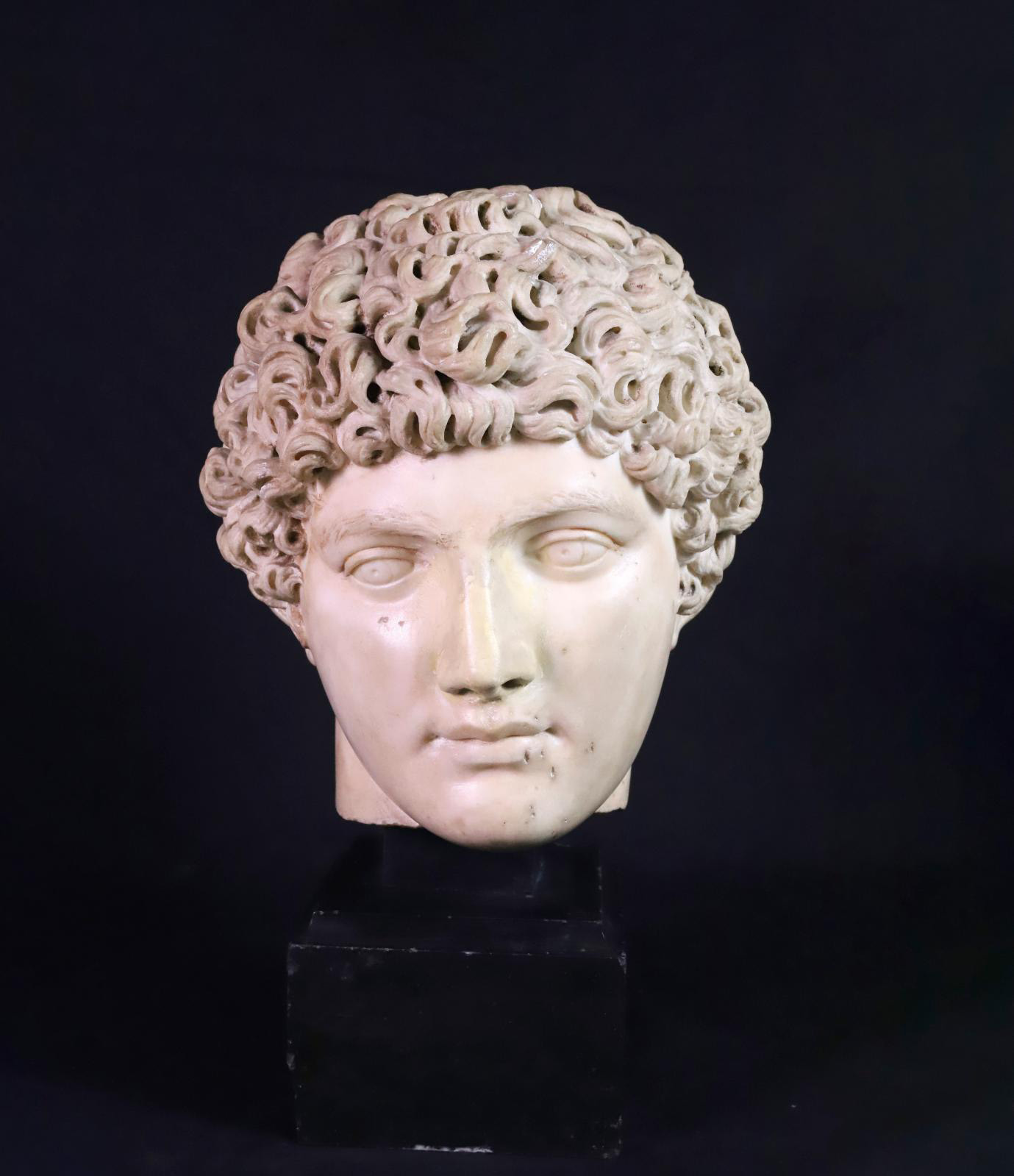 A hint of a smile crosses the lips of this outstanding, impeccably carved Roman portrait bust based on the canons of Greek beauty that until now has been in the contemporary artist A.Z.’s large collection. Many of the details suggest that the young man, who looks about 20, actually existed. He is looking to the right, the incised irises and carved pupils under his eyebrows rendered by fine striations bring his gaze to life. His smooth, beardless face contrasts with his extraordinary mass of curly hair, deeply sculpted with a drill. The fine quality means that this can only be a portrait of a high-ranking figure who was probably close to the imperial family.

According to expert Daniel Lebeurrier, all the stylistic features mentioned above suggest that the bust was made between 138 and 150 CE, i.e., the middle of the Antonine dynasty, one of the most brilliant periods in Roman history. Spanning the reigns of seven emperors, it lasted from 96 CE, when Nerva took power, to 192 CE, when Commodus was assassinated. In between ruled Trajan, Hadrian, Antoninus Pius, Marcus Aurelius, who was also a philosopher, and Lucius Verus. This era could be called Rome’s Golden Age, a time when the Empire reached the peak of its power and the furthest limits of its expansion. During this period, sculptors ceaselessly created extremely high-quality official “propaganda" portraits intended for dissemination. They include many busts of young princes already bearing the title “Caesar” because they were destined to become emperors later on.

Such is the case with our bust, which is similar to ones in the Louvre, the Capitoline Museum in Rome and the Saint-Raymond Museum in Toulouse. The subject’s flawless face recalls that of another famous model of the period, Hadrian’s favorite Antinous, who drowned in the prime of life. At the time this bust was made, he symbolized eternal youth and perfect beauty.