This lively portrait of a bold, noble Scotswoman by Philip Alexius de László fetched a good price, followed by a joyous procession painted by Lucien Jonas. 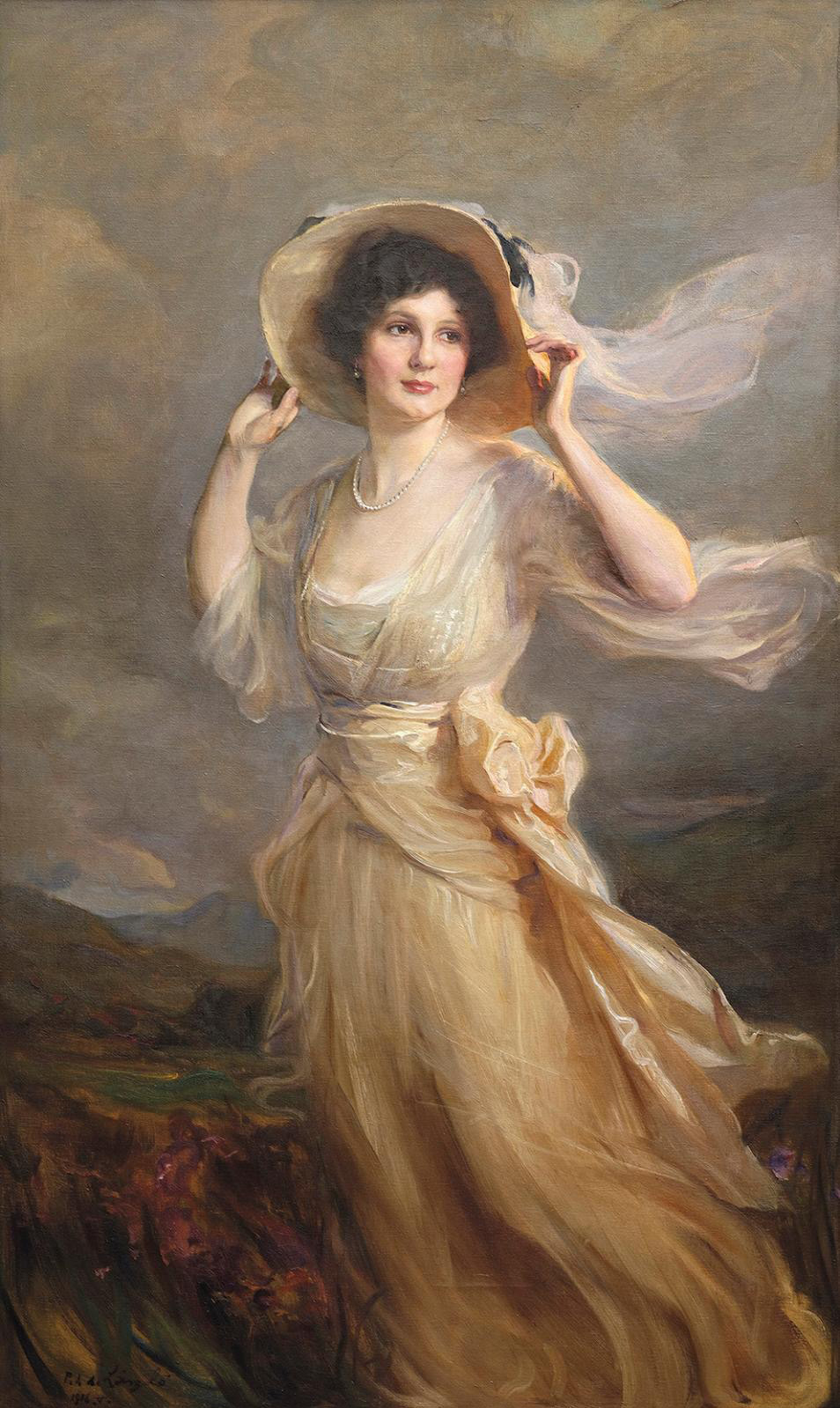 The name Philip Alexius de László (1869-1937) is less familiar in France than in Britain. The appearance at auction of his 1916 Portrait of Lorna Marsali Woodroffe Lang, born Forbes-Leith was therefore something of an event. The young Scottish woman’s family asked László, a Hungarian living in London, to paint her. It was an excellent choice: his lively image full of lightness and romanticism did the lady full justice. Born in Budapest, László attended the Academy of Fine Arts before continuing his training in Munich, where he made a name for himself as a portraitist. He started getting more commissions in the mid-1890s, especially after the success of his portraits of Emperor Franz Joseph (1898), who ennobled him, and Pope Leo XIII (gold medal in Paris in 1900). Now famous, he married a young woman from an upper-crust English family and moved to London in 1907. This opened many doors to him: he painted full-length portraits of King Edward VII and his wife Alexandra, became one of the aristocracy's and the establishment’s favorite painters, and obtained British citizenship in 1914. Near the end of his life, László estimated the number of portraits he had painted at nearly 2,700. This one is returning to Scotland, but for now its final destination, whether a private collection or an institution, remains unknown.