A Masterpiece by René Lalique 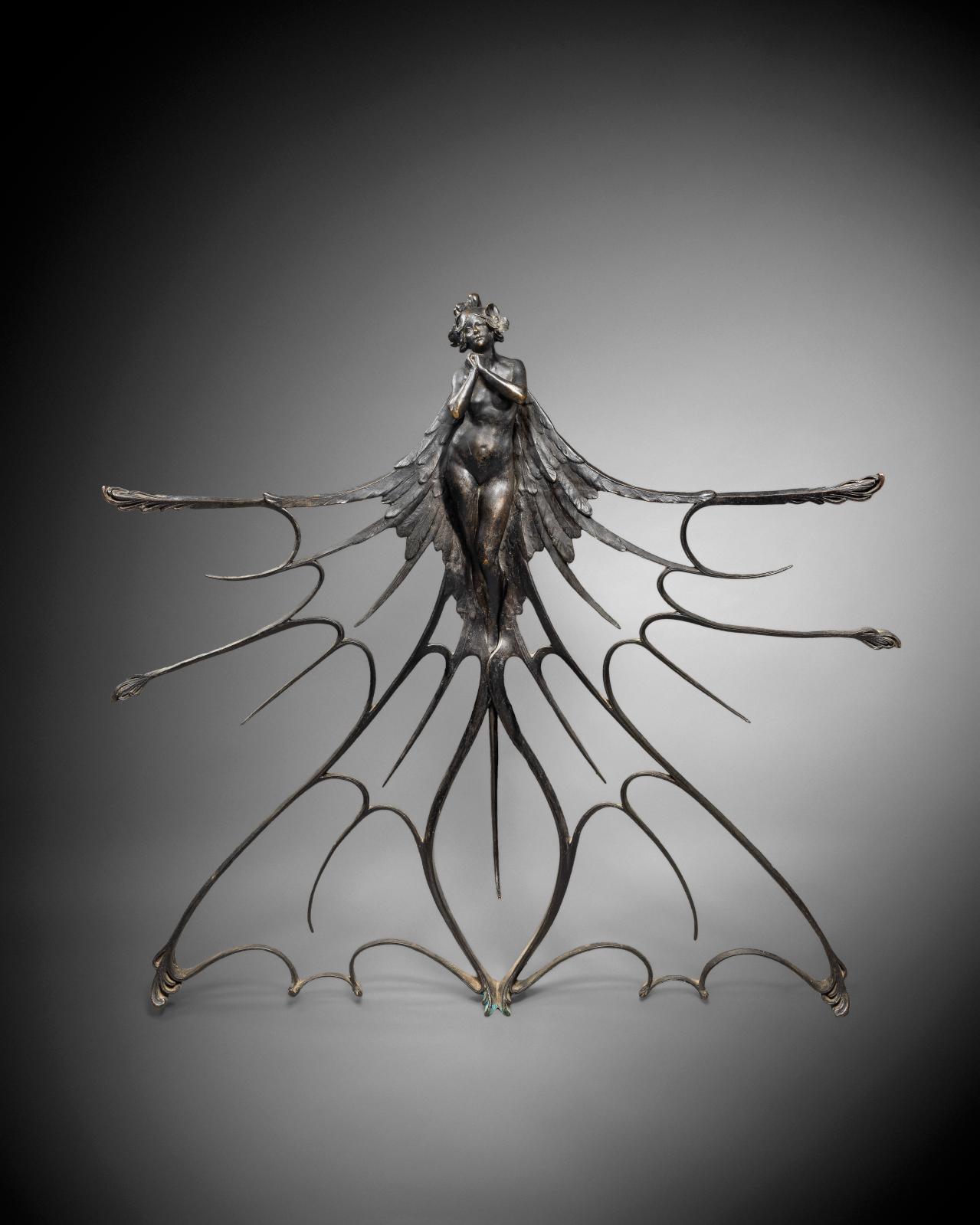 The spectacular piece features an iconic theme of Art Nouveau: woman, metamorphosed here into a winged being, half-nymph, half-fairy. Her feathers extend disproportionately, bringing a second motif to light: that of a large butterfly with spread wings. This was a major creation adorning one of the components designed for the decorative grid of Lalique's stand at the 1900 Universal Exhibition, in Group XV of the jewellers' section. Meticulously recorded, and now found in various public and private collections, there are six of these modules in bronze with a brown patina, all in different attitudes. Crowned with blooming corollas, the one here clasps her hands; another of her sisters raises her elbows before her face. The latter received considerable media coverage when she was loaned to the Lalique Museum in Wingen-sur-Moder (Alsace) by her generous owners after they bought it at Sotheby's Paris on 16 February 2013 – for €1.24 million, no less (source: Artnet). We also remember the two Winged Women with raised arms from the same series, each sold for $492,500 by Christie's in New York on December 13, 2018 (former Michel Périnet collection, Paris). The two other versions can be admired at the Kunstgewerbemuseum in Berlin and the Lalique Museum in Hakone, Japan. These jewels of Lalique's art have been extensively covered in several books, making up a bibliography of over twenty titles, including the outstanding catalogue of the 1900 exhibition (RMN, 2000), which just happened to feature the detail of a winged woman on its cover...