A Carved Miniature from the Workshop of Adam Dircksz

This tiny boxwood miniature, a specialty at the beginning of the 16th century, is the work of Adam Dircksz's workshop in the County of Holland. Intended for devotional use, these micro-sculptures set a trend aimed at the very wealthy. 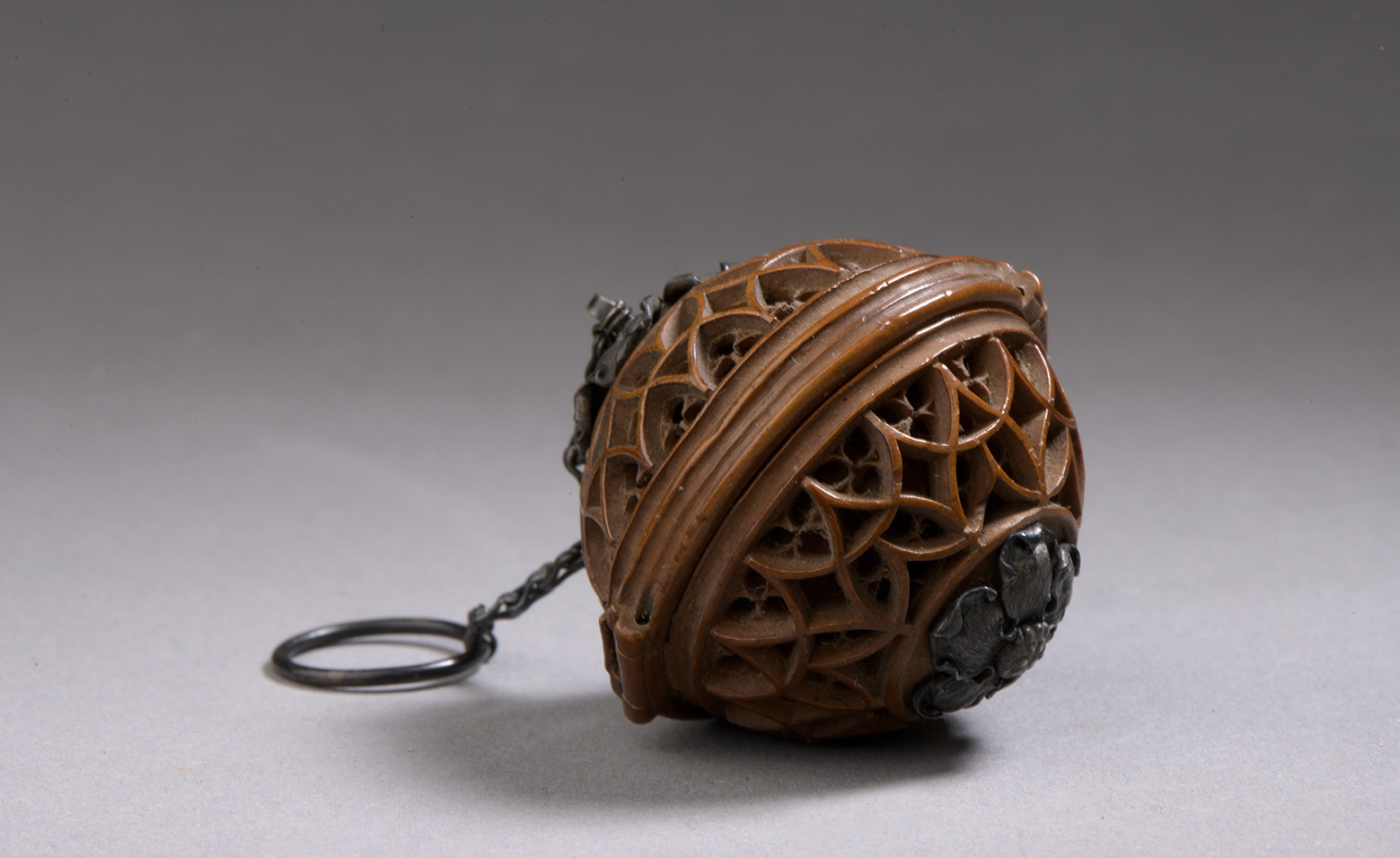 Delft was famous for its old canals with their shady quays, its blue and white earthenware, its brick houses (Johannes Vermeer was born in one), and its carved boxwood devotional objects. No records exist of the workshop of Adam Dircksz—a customary name designating a patron rather than the person who ran it. We only know that it specialized in rosaries, reliquaries, monstrances, and prayer beads (only one of which is signed), and was most probably established in this city, which had prosperous wool and brewery trades, thanks to a canal linked with the mouths of the Meuse.

A distinctive sign of wealth
In this former state of the Holy Roman Empire of Germany, integrated into the Burgundian Netherlands and then into the Spanish Netherlands, where the Catholic faith was practiced, the urban elite saw these carved boxwood miniatures as a means of displaying their social rank during the period 1500-1530. Praying was one thing; signifying membership of a class was another, and just as crucial. With its prayer beads—originally called "prayer apples" after the fruit of Paradise and Christ's sacrifice to save humanity from its original disobedience—and other micro-sculptures, Adam Dircksz's workshop created luxury items that became real social symbols of power, might and good taste. It was its sole specialty, in fact, and there were no competitors. Used as diplomatic or wedding gifts, these objects were jealously guarded and passed down through generations, becoming collectors' items as soon as they were produced.

While their decoration was fragile, their hard, resistant boxwood cases protected them from the vagaries of time. This bead is made in the form of two balls cut in half. Two halves are carved in openwork, imitating High Gothic architecture. The other two contain religious episodes—here, a Nativity and probably a Lamentation over the Dead Christ, as suggested by the inscription around its circumference (the minuscule scene itself has disappeared)—held in the filigree wood by tiny tenons. A metal mount with a (probably original) floral motif, attached to a chain, would have been used to hang the object from the belt.

The production of these extraordinary pieces was ended by the Reformation, and also perhaps by the terrible fire that ravaged part of the city on May 3, 1536. But the enthusiasm of collectors, especially medievalists in the 19th century, remains undimmed. Acquiring one of these works is an expensive fantasy! An exhibition at the Rijksmuseum in Amsterdam in 2017 identified 140 works from Adam Dircksz's workshop, including 70 beads. The Metropolitan Museum in New York has several boxwood miniatures, as do the Art Gallery of Ontario in Toronto and the Musée National de la Renaissance in Écouen. The Louvre owns six objects bequeathed by Baron Adolphe de Rothschild, to which Élisabeth Antoine, a curator in the department of objets d'art, is devoting a book, due out in the early summer. A splendid development for these works "so sought after and so difficult to land," to quote sale expert Élodie Jeannest de Gyvès.