A brilliant showing by artists' jewellery

The artists' jewellery market has been on the up for the last ten years, with help from several specialist galleries. These miniature works of art are found in specific auctions and a recent online sales site. 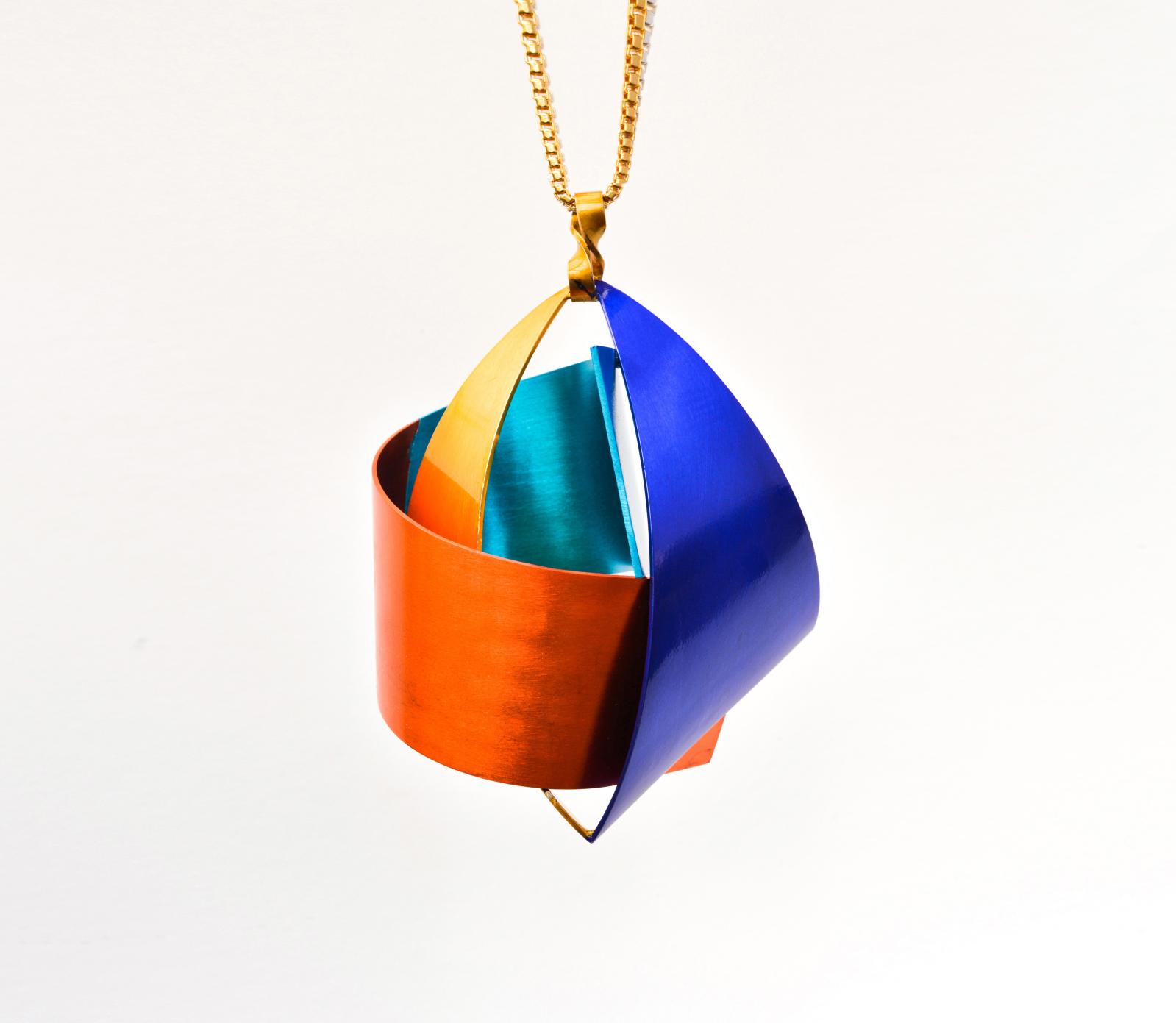 In the exhibition catalogue for the Diane Venet collection at the Musée des Arts Décoratifs de Paris, Karine Lacquemant is categorical: "Artists' jewellery does not belong to the world of refined jewellery, which prioritises the use of diamonds and precious stones, nor to the sphere of costume jewellery, nor even to that of the finery makers who emerged with couturières like Elsa Schiaparelli and Gabrielle Chanel. This is the work of visual artists – painters or sculptors – for whom jewellery is not their usual line of work, and it appeals to a very small circle."

Highly active galleries
Aimed at a narrow market of connoisseurs, these creations (unique pieces or signed and numbered limited series) have been boosted by various exhibitions of private collections in institutions, like Diane Venet's at the Palazzo Nani Mocenigo in Venice in 2015, Diana Küppers' at the Museum für Angewandte Kunst in Cologne in 2009, and Clo Fleiss's at the Musée du Temps in Besançon in 2009. Behind these collections lie highly active specialist galleries, some dedicated solely to vintage pieces, others to contemporary creations. Since 2006, Didier and Martine Haspeslagh of the Didier Ldt gallery in London have been selling pieces dating from the late 19th to the late 20th centuries acquired on the secondary market (by Pablo Picasso, Salvador Dali, Alexander Calder, Man Ray and co.) for prices ranging from €1,000 to €250,000, the majority for between €10,000 and €50,000. The authors of several reference catalogues, they mix with two types of collectors: "Firstly, women who wear the jewellery or exhibit it in the form of miniature sculptures. Secondly, art collectors whose main concern is knowing whether the jewellery is a genuine expression of an artist's work," says Didier Haspeslagh.

Wearable sculptures
A pioneer of contemporary artists' jewellery in Paris in 1987, particularly creations by Giorgio Vigna, the gallery owner Naïla de Monbrison was joined in 2009 by Elisabetta Cipriani in London. She invites international living visual artists (including Rebecca Horn, Ilya and Emilia Kabakov, Giuseppe Penone and Wim Delvoye) to create "wearable sculptures" in precious materials. Prices range from €1,000 to €170,000, for a gold bracelet by Ai Weiwei! In 2012, Esther de Beaucé, the latest arrival, opened the MiniMasterpiece Gallery in Paris, which is devoted exclusively to jewellery by contemporary artists and designers, which she commissions from Bernar Venet, Pablo Reinoso, Carlos Cruz-Diez and others. "Art and design lovers come to jewellery through artists they like," says the daughter of Diane Venet, whose prices range from €220 to €30,000. Also worth noting: the online sale site Gems and Ladders, launched in 2014, which focuses on fur-jewellery editions by Meret Oppenheim and creations by Thomas Hirschhorn.

Auctions in the running
Auctions also reflect this recent market, and prices are rising. For example, Alexander Calder's 1940s and 1950s brass and copper pieces, which fetched four-figure prices ten years ago, are now highly sought-after: one pair of brass earrings sold for €850,000 at Sotheby's New York on 14 November 2013. Artists' jewellery most often features in jewellery sales, but some auction houses stage specialised sales, like Christie’s online with "Art as Jewellery" in 2016 and 2017 and Piasa in 2015 and 2017. In 2008, Pierre Bergé & Associés introduced specific sales, like the Nelly Van den Abbeele collection in December 2017 in Brussels, where the star lot was a gold bracelet by Pol Bury (€51,616, including the buyer's premium). "One should either be a work of art, or wear a work of art," said Oscar Wilde. We take note.


How many pieces are there in your collection? How did it start?
The exhibition currently on show at the Musée des Arts Décoratifs in Paris features 248 jewellery pieces by 152 artists. Nearly 80% of them come from my collection, which contains over 180 pieces. One day in 1985, my husband, the artist Bernar Venet, twined a thin silver baguette around my wedding ring finger for fun, like a promise. We had just met… After that, he gave me a piece of jewellery by Arman, another by César, and a bracelet by Fontana bought from Clo Fleiss, who has a large collection.
The seed was sown (…) However, my very first piece was a brooch by Roy Lichtenstein, one of a very large series, which I bought for $3 when I was a student in New York in 1967. Now it's worth at least $20,000!

When did it start to grow?
In the 1980s, I met an American woman from Boston, Joan Sonnabend, who had been collecting artists' jewellery since the 1960s. She suggested I buy part of her collection. So then I was able to acquire some historical pieces by Picasso, Man Ray and Max Ernst.

Which pieces are you particularly proud of?
It's hard to choose. I am delighted to own a brooch by Fontana: a unique piece he made in his studio, and the "Elisse Concetto Spaziale" bracelet of 1967, from an edition of 150. I also love the perforated mask by Man Ray I gave to Bernar. It was produced by GianCarlo Montebello, that other great goldsmith, who made jewellery by Man Ray, Pol Bury, Niki de Saint Phalle, Meret Oppenheim, Fontana and Pomodoro. But what I really like is buying contemporary artists, like Marc Quinn, Damien Hirst and Anish Kapoor. My meeting in London with Louisa Guinness was decisive for my collection. Sometimes artists come to me. One day, Andres Serrano called me to suggest making a piece of jewellery. We talked about it, and eventually we came up with a ring with a snake curled around a cross. That's so him!

What factors contribute to the price of artists' jewellery?
The artist's signature, his or her price index, and whether it is a unique piece or from a series. It also depends on producers and their reputation: the goldsmith François Hugo for Picasso, the GEM Montebello workshop for Man Ray, and so on. Prices at auction can vary for the same artist depending on how the piece was made. With Claude Lalanne, for instance, a gilt metal necklace from an edition of 250 by the Artcurial gallery in the 1980s will fetch €4,000, while an electro-plated metal bracelet made by her own hand as a unique piece in 1970 can fetch three times as much.
Marguerite de Cerval, Jewellery historian and specialist
TO READ
Louisa Guinness, "Art as Jewellery: From Calder to Kapoor",
ACC Art Books, New York, 2017, 304 pp., 200 ill., €50.