A Break in the Tribal Art Market

The tribal art market seems to be running out of steam. What lies behind this stagnation, and is it a cause for concern? A few possible answers. 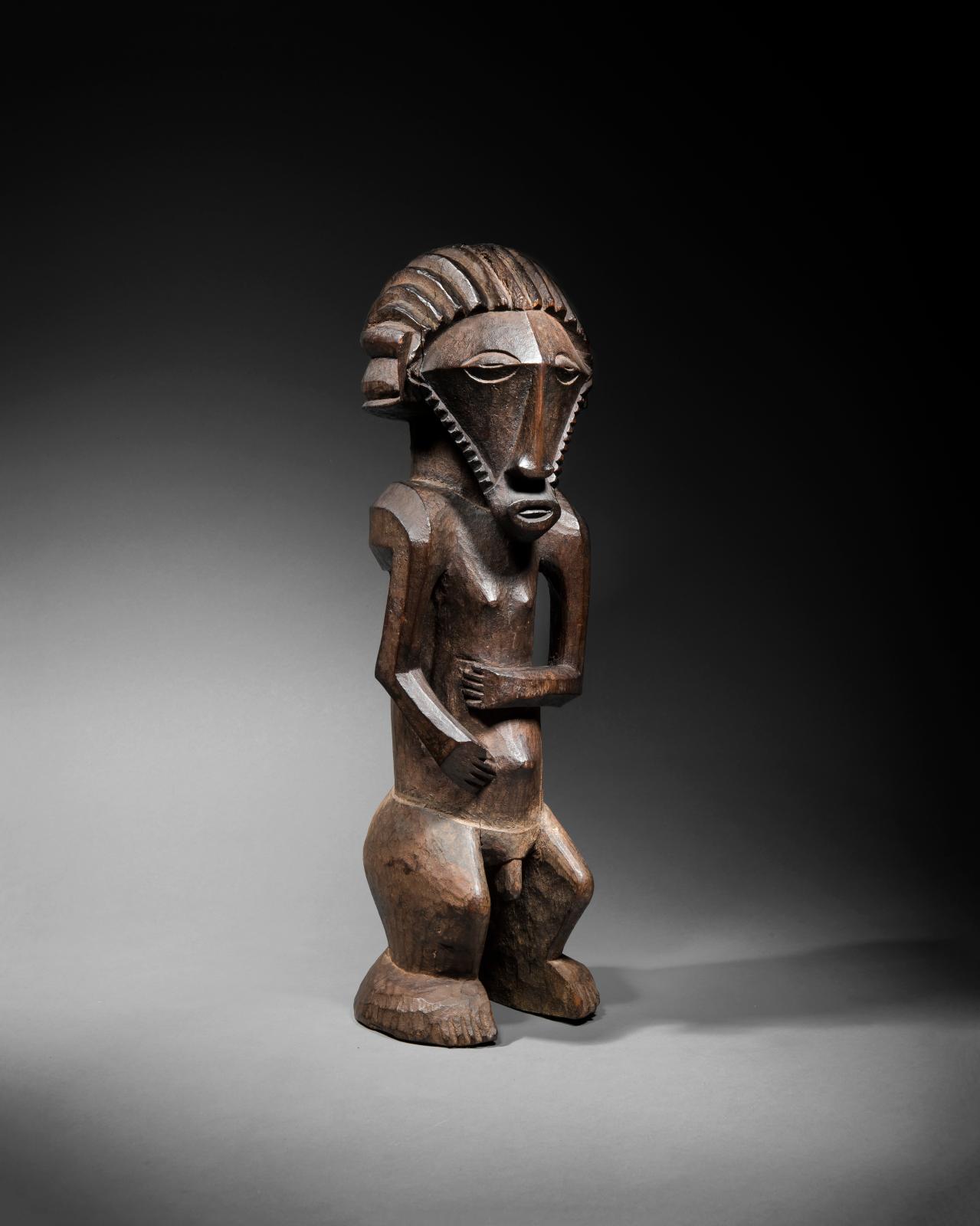 Bembe statue of an ancestor, Democratic Republic of Congo, sold for €683,500 by Binoche & Giquello auction house at Drouot on 21 March 2018.

Bembe statue of an ancestor, Democratic Republic of Congo, sold for €683,500 by Binoche & Giquello auction house at Drouot on 21 March 2018.

Long reassuring and even flourishing, is the tribal art market now shrinking and losing its appeal for the world's leading collectors? The question only arose during the last few months with the unveiling of the sector's turnover for 2018, which has levelled out at €76.3 M according to the Artkhade database and its 2019 report. Though slightly down on 2017, this international result remains positive, apart from indicating a trend towards stagnation that started a few years ago. "It has become quite a complicated market," says the auctioneer Jean-Claude Binoche of Binoche & Giquello (Paris). "Take the case of tribal art masterpieces: they are continuing to sell extremely well, and for high prices. I can tell you, I've kept catalogues of works since the 1980s, and I see very fine pieces that turn up again every twenty years: objects that were worth $50,000 then, for example, and which sell today for ten times as much. So it shows that good business is still possible in the market. But that's not the case across the board. It's the so-called "mid-range" pieces forming the core of the market that are no longer finding buyers so easily."
The experts see several reasons that could explain this somewhat mixed year – like the fact that 2017 was a great year, when several major collections went up for sale. One of the best examples was the Vérité collection, whose sale by Christie’s garnered over €16 M alone. It is true that in retrospect, there weren't many landmark events of this kind or high-quality pieces last year, resulting in less rosy results for art dealers and auction houses alike. But the latter played their cards well by banking firmly on the upper market and the symbolic scope of outstanding collections belonging to leading figures.

Mid-range Prices Down; Unsold Lots Up
In the ranking, it was incidentally Christie’s that came out on top in 2018 with a turnover of €24.7 M, pipping its eternal American rival Sotheby’s at the post (€22.9 M). In achieving third place, Binoche et Giquello (€9.2 M) consolidated the distance between it and Bonhams (€4.5 M), Lempertz (€2.5 M) and Dorotheum (€2.4 M).
Hitherto well-known for its stability, the non-Western artwork market has seen its average prices drop dramatically in all the market's strongholds (down 13.9% in a year). The same goes for unsold lots (up 2.8%), with a rate sometimes close to 50% in several sales – ones eagerly awaited, to boot. What conclusions can we draw? The odd overgenerous estimate? Very certainly. The wide spread of auctions, now too plentiful and naturally unable to provide an endless supply of masterpieces? That as well. Unless this is the first sign of a change in the behaviours of players who are no longer really happy with a market now apparently dominated by merely average quality objects, as implied by Jean-Claude Binoche. "We are now living in a society ruled by money, where everything is just for show, and where culture and knowledge count for little," he says. "A large part of art collectors' money is now absorbed by contemporary art, simply because it's a much more accessible market, highly speculative and reflects the world we live in today."

Africa: Market Leader, Land of Records
But an analysis of auction figures in the tribal art market reveals that the diagnosis differs according to geographical origin and type of object. For example, with a turnover of €45.5 M in 2018, African works still have a high price index, even though they appeal to a limited audience. Plentiful and centuries old, they have once more dominated the proceedings, alone accounting for nearly two thirds of global tribal art market financial flows. Behind Africa, with €13.4 M, come Oceanic works, which are not directly affected by competition from American and Asian markets. Although shored up by the very fine sale of an Uli figure (New Zealand) by Dorotheum (€1.42 M), the overall turnover of this segment fell by 50% compared with 2017: an inflexion that does not excessively worry either collectors or dealers, who increasingly appreciate the transparency of a market also characterised by the rarity and quality of its works. You just have to look at the relatively low unsold proportion (35.5%) and the number of lots exceeding their estimates to see that the results are better than those posted by African art. This still accounts for most of the sale records, however, with no fewer than six sculptures, masks and objects sold at over €1 M last year. Leading the top 10 in African art, the Fang ethnic group (Gabon) stands out yet again with a Mvai reliquary figure sold for €2.92 M (Sotheby’s New York), followed closely by a Tabwa helmet mark from the Democratic Republic of Congo, knocked down for €2.91 M at a Christie’s auction in Paris.

Paris: Capital of the Tribal Art
Lastly, let us give to Caesar what belongs to Caesar: with over 66% of sales registered throughout the world and a total turnover of €50.7 M, in 2018 the French capital maintained its status as the international tribal art market epicentre. In terms of lots on offer (4,696), Paris retained control as well, to the delight of not only Christie’s and Sotheby’s but also Binoche & Giquello, the three together accounting for three quarters of all sales staged in the City of Light. "There are practically no dealers in New York any more, which is pretty astonishing. As a result, many American collections are presented in Paris because their owners believe they sell better here," says Jean-Claude Binoche.
Yet this fashion affecting a rapidly changing market is proving fragile, and it is not certain that Paris will be able to maintain its hegemony in the coming years. The policy for the massive restitution of tribal artworks to Sub-Saharan African countries, which France's President intends to apply by 2023, is certainly worrying the sector – particularly the managers of French public collections labouring under a kind of assumption of guilt. Some observers feel that this stressful prospect of restitution, if not new, will undermine the confidence of art lovers, who could be tempted to do business with other strongholds in the sector – like Brussels, now emerging as a serious competitor to the French capital.

The 2019 Artkhade report can be downloaded for free on the www.artkhade.com website.