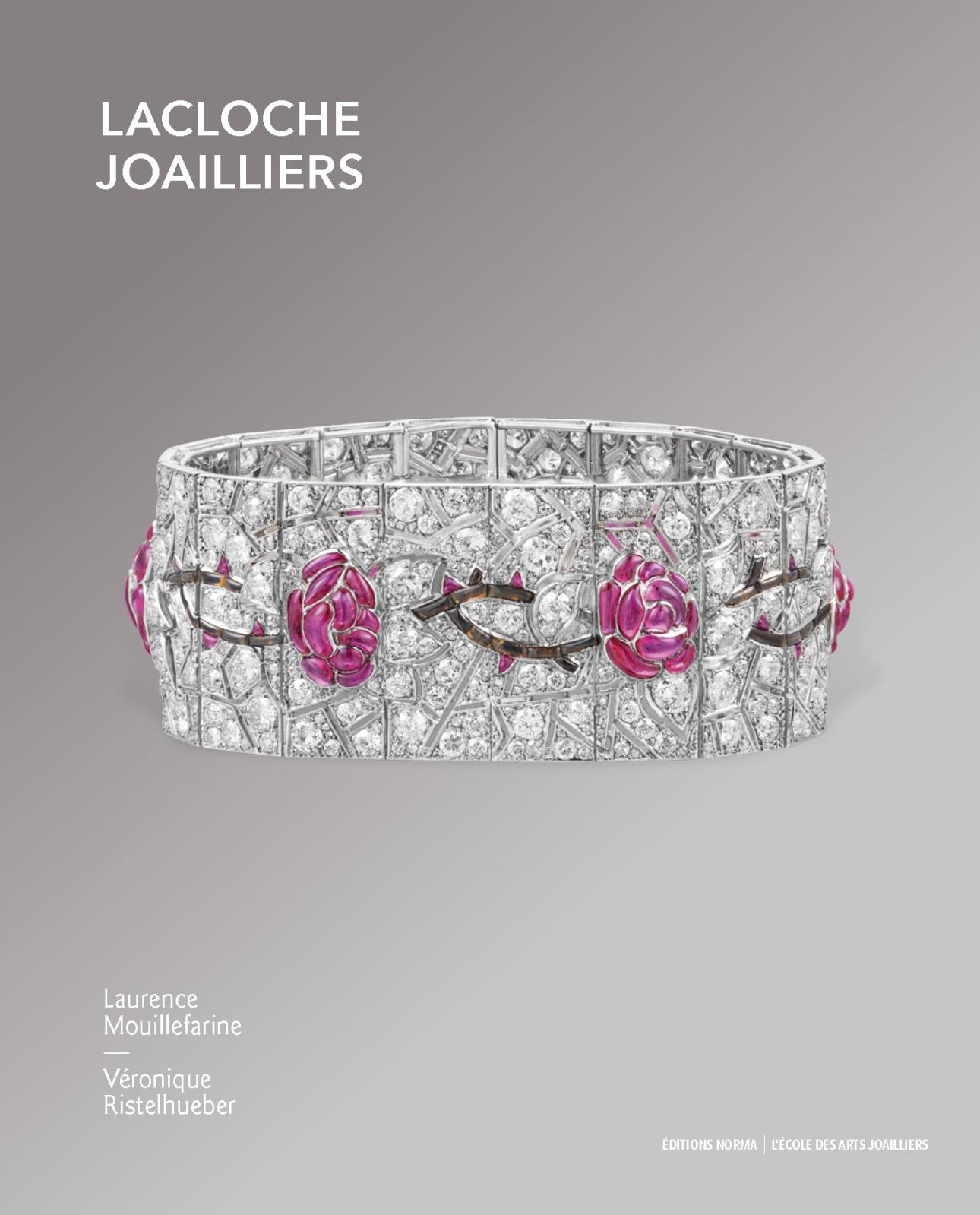 Laurence Mouillefarine and Véronique Ristelhuever have joined forces to revive a great name in French jewellery from the first half of the 20th century: Lacloche. It was a far from easy task, as archives and pieces alike were widely scattered. But their perseverance was largely rewarded by the discovery in New York of two unpublished albums containing gouaches of jewellery, clocks and boxes. Subsequently, support from Van Cleef & Arpels enabled them to publish this initial monograph. This extremely refined book reads like an investigation into the muted world of luxury, immersing readers in the life of a jewellery company: its dizzying ascent at the height of the Belle Époque, its bankruptcy in 1931, its rebirth in 1938 and its final closure in 1967. Between these different periods, the story is chock-full of commissions from crowned heads and stars of the rising cinema, highly original creations and incessant exploration. Because this is a crucial point emphatically stressed by the two authors: luxury is earned, and none of this would have been possible without the talent and devotion to fine craftsmanship of the workshops. With each succeeding chapter, the life of the brothers Fernand and Jacques Lacloche, and then their nephew Jacques, unfolds between two continents, spinning its web in the naturalistic world of 1900. It took some daring to offer elegant women nocturnal animals to embellish their evening accessories! Then came the time of technical innovation, with the adoption of platinum and "petit point" to create an illusion of embroidery, leading up to the grand apotheosis: the production of virtuosic little clocks for the Exhibition of 1925, along with magnificent diamond jewellery sets. Then, "the great white silence", to quote a critic. This book at last sings of a legend.