18th-century Gold and a Bronze by Vanderbilt Whitney

The 18th century delighted in boxes, designed for different uses and made in the most exquisite materials, like this little item sold in Grenoble. 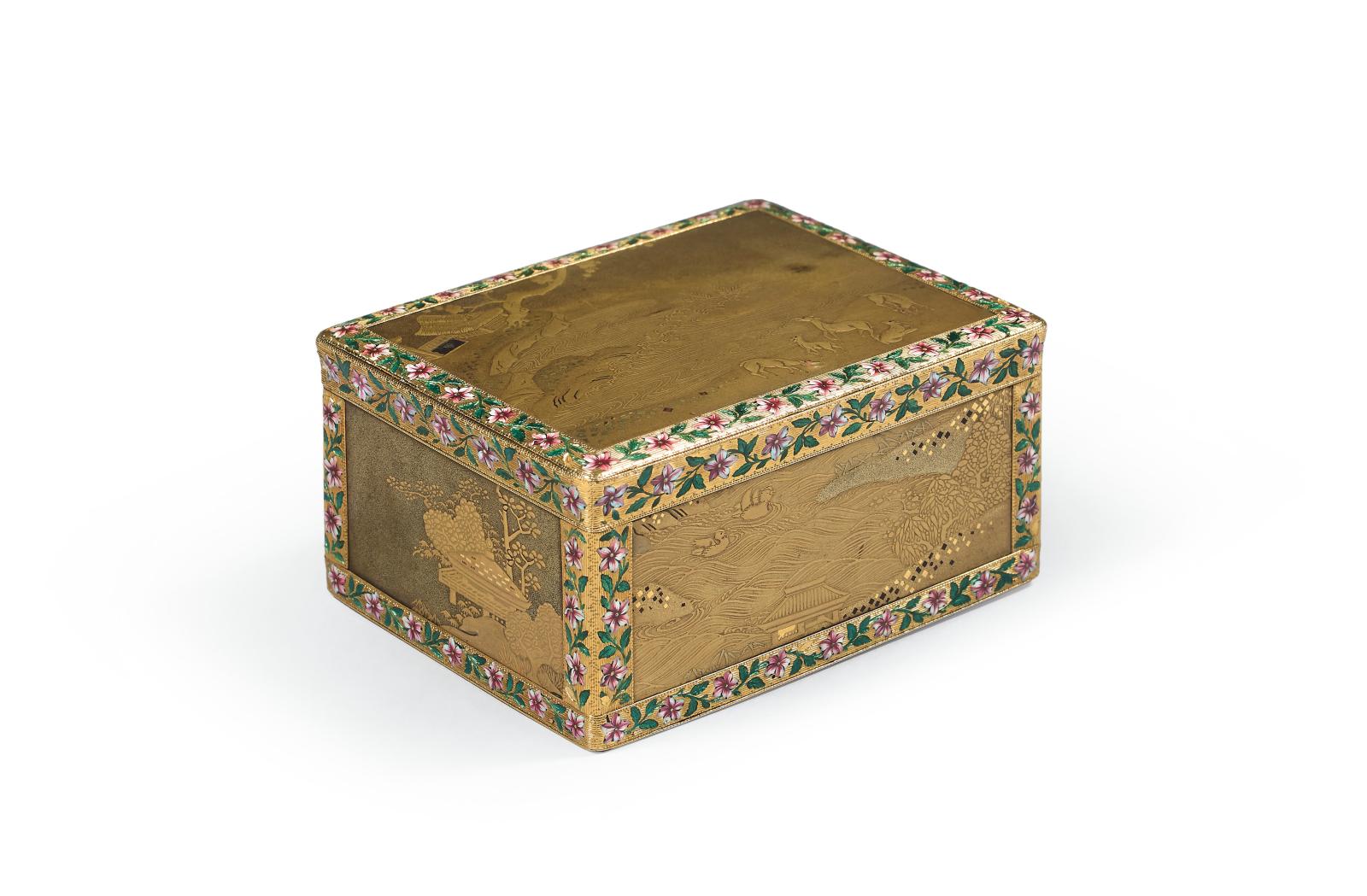 At that time, Paris was one of the centres for these pieces, which drove all the European courts wild. One of the leading exponents was the master goldsmith Jean Ducrollay, and we know that he worked in the capital between 1734 and 1761. This little gem by his hand, a box mounted in a cage, carried off €177,500, no less. Its particular refinement lies in the fact that it incorporates six Japanese maki-e lacquer panels executed in powdered gold and ink, which contrast marvellously with the yellow gold setting and its polychrome enamel decoration of fleurettes and foliage on a guilloché background. The same sale moved on seamlessly to the early 20th century with a sculpture by Gertrude Vanderbilt Whitney, which fetched €17,500. This was a Modèle assis - Etude d'expression (Seated model – Expression study): a signed bronze proof with a transparent patina, carrying the Griffoul & Bros Founders stamp (h. 40 cm). The American sculptor discovered the artistic life of Paris in 1900, and chose Auguste Rodin as her teacher. In 1914, she created the Whitney Studio Club for young artists in New York, which formed the basis of the Whitney Museum of American Art and received her collection of works when she died.