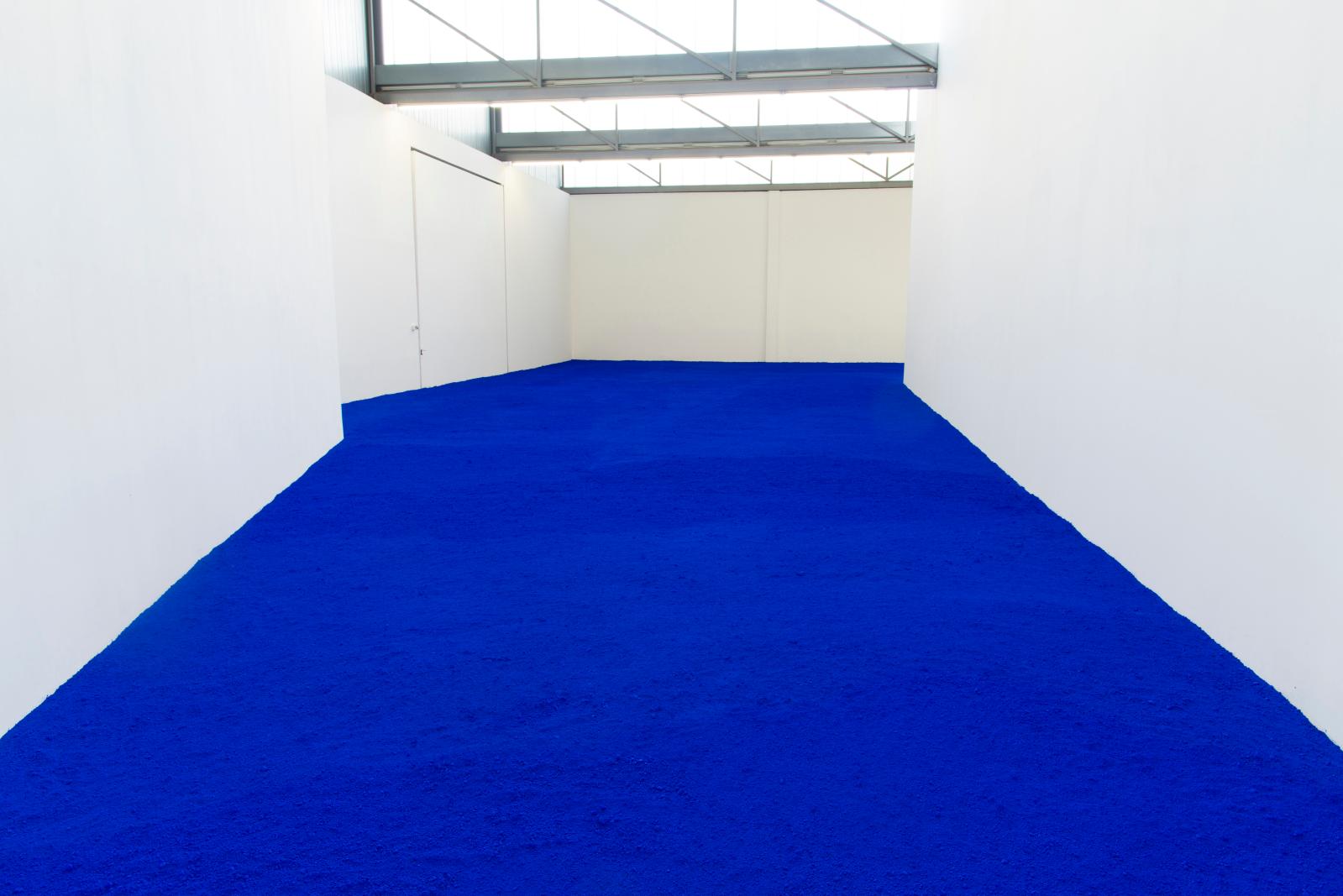 Every summer for the last five years, Bernar Venet's foundation has been welcoming art lovers to its five-hectare sculpture park, hidden in the countryside of the Var region. The summer season is also an opportunity for a temporary exhibition. This year, under the leadership of the foundation's director, Alexandre Devals, it involves a tribute to Yves Klein, who died at only 34, and celebrates the 90th anniversary of his birth. A fine layer of electric blue pigment has been laid down on the floor of the 200 m² gallery: the famous "Klein blue". You can't walk on it, only immerse yourself in this pure material forming a kind of monochrome that seems to stretch out to infinity. The installation was created by the artist in 1957 for the Colette Allendy Gallery in Paris, in an exhibition named after the work: "Pigment bleu". It was a radical piece for the period. Since then, it has been "reactivated" several times in museums ranging from the Guggenheim in Bilbao to the Walker Art Centre of Minneapolis –  but never on such a large scale. The moral rights holders, the Klein Archives, managed by the artist's widow, Rotraut, gave their agreement and supervised the layout of the work. To ecstatic effect.